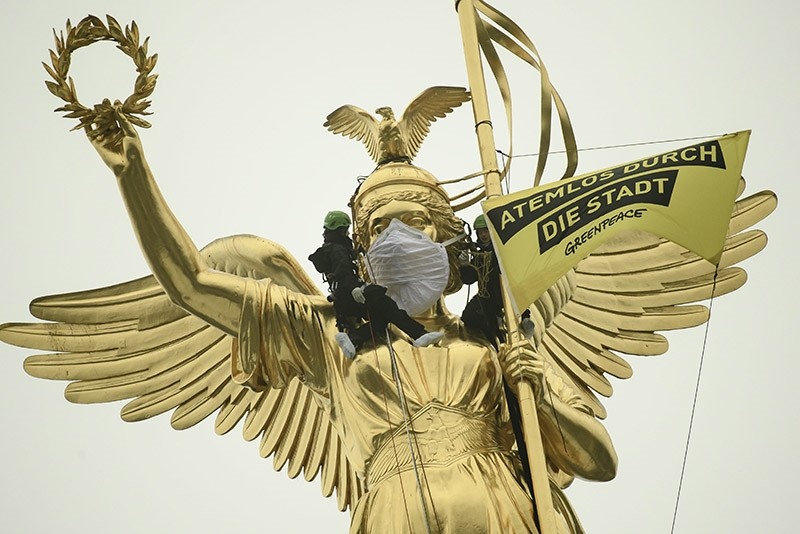 Activists of the environmental protection organization 'Greenpeace' put a oversized protection mask on the face of the bronze sculpture of the Victoria on top of the Victory Column in Berlin, Germany. Jan. 2017. (EPA File Photo)
by French Press Agency - AFP
Feb 16, 2017 12:00 am

The EU ordered five member countries including Britain, France and Germany to tighten controls on smog-causing car pollution or risk being sent to the top European court.

Heavy smog has enveloped much of Europe this winter prompting emergency measures in several big cities including London, Paris and Berlin.

The commission, the executive arm of the 28-country union, said it urged the countries "to take action to ensure good air quality and safeguard public health."

EU countries can be hit with large financial penalties by the commission if they break the union's rules.

The commission said that "persistently high" levels of nitrogen dioxide caused 70,000 premature deaths in Europe in 2013.

This was almost three times the number of deaths by road traffic accidents in the same year, it added.