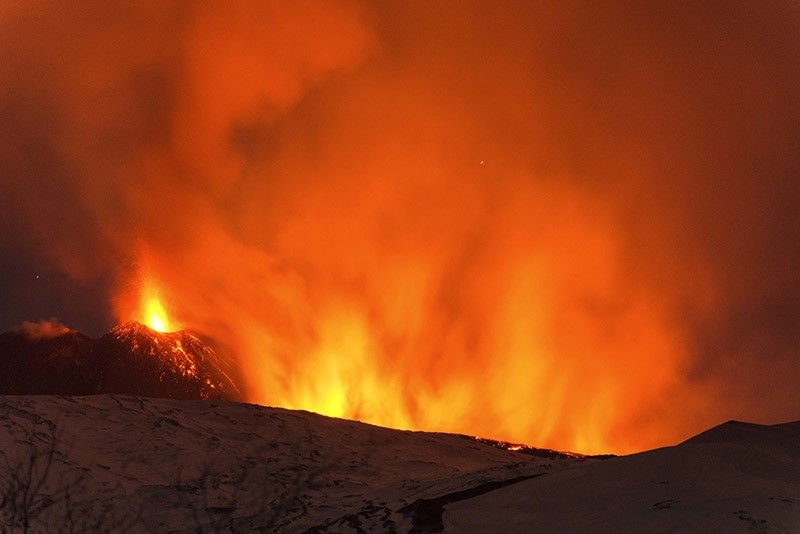 At least four people were slightly injured after they were hit by lava from an explosion on Sicily's Mount Etna volcano, a scientist from the National Institute of Geophysics and Volcanology (INGV) told dpa on Thursday.

"I know of at least four people who were hit, because I know them personally," INGV volcanologist Marco Neri said, adding that Etna's lava ejects from the mouth of the volcano at a temperature of 1,200 degrees Celsius.

Neri said the four, one of whom is an INGV staffer, were at an altitude of 2,700 meters when they were struck by shards formed when the lava made contact with patches of snow.

"They were up there for work reasons, not because they were being careless - we have to go there periodically for monitoring purposes," said Neri, who is stationed at the INGV in Catania, Sicily.

There were unconfirmed media reports of a total of 10 people injured, none of them seriously.

Mount Etna's south-eastern crater resumed erupting on Tuesday after an eruption in February that caused no damage or injuries.

Small eruptions are fairly frequent occurrences at Mount Etna, with the last large eruption happening in 2009, according to the INGV.

Mount Etna is one of the world's most active volcanoes, according to the US Geological Survey.