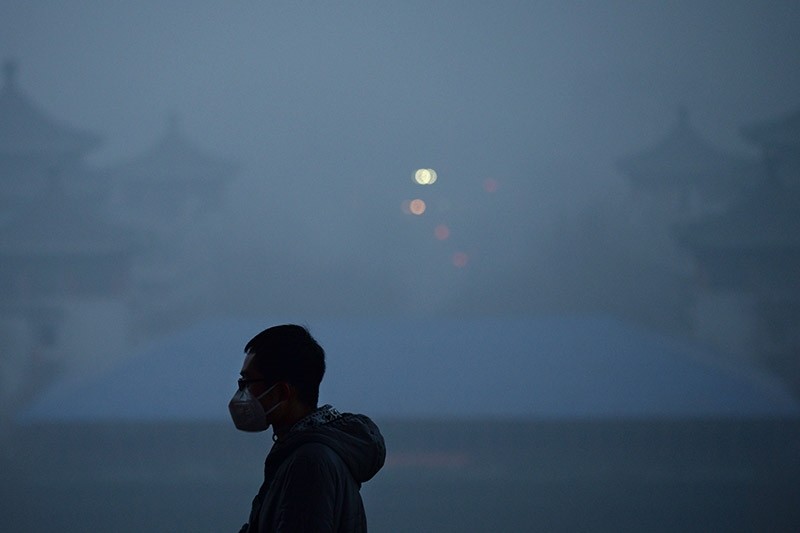 Even as Chinese Premier Li Keqiang pledges to ensure that blue skies never become a luxury, a state-backed firm is doing brisk business selling 48 yuan ($6.95) cans of fresh air bottled in a forest in western China.

Each bottle is good for two minutes of uninterrupted use.

From air-filter necklaces to anti-smog stockings, Chinese companies are touting innovative - if not odd - products to consumers worried about the quality of the air that they breathe.

At the close of the annual meeting of parliament on Wednesday, Li said air pollution must be brought under control and blue skies should never be a luxury.

Smog alerts are common in northern China, especially during bitterly cold winters when pollution masks are frequently out of stock.

"We set up a factory in Ningdong Forest Park in Shaanxi province and compress air directly into the bottle," said Zhai Wenjun, sales manager at Sanqin Forest Industry, which is backed by the local Taibai Forestry Bureau.

"Consumers will feel like they are breathing in the forest," Zhai said.

Despite widespread criticism on China's Twitter-like microblog Weibo, Shaanxi media reported that the first batch of Qinling Forest Oxygen-Enriched Air had been sold out.

"The air reminds me of the forest," said a user on Taobao, China's most popular consumer-to-consumer online shopping website, adding that the price is "reasonable".

Zhai refused to disclose sales data to Reuters, saying it is a business secret.

"As the price is a bit high, we suggest customers use it little by little," said Zhai.

Merchants on Taobao also sell leg stockings and cosmetics claiming to protect the skin from toxic smog, as well as a 298-yuan air-filter installed hat.