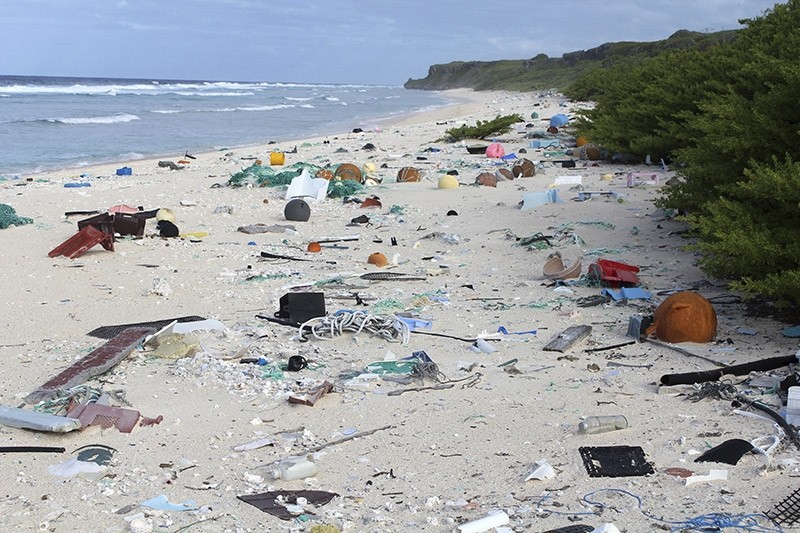 Approximately 38 million pieces of plastic waste, amounting to nearly 18 tons, has been discovered on a small, remote and uninhabited island in the South Pacific Ocean, an Australian scientist said Thursday.

Jennifer Lavers, a research scientist at the University of Tasmania, said the beaches on UN World Heritage-listed Henderson Island on Pitcairns Group has the world's highest levels of plastic waste.

The island contains an estimated 37.7 million items of plastic debris together weighing 17.6 tons, according to the study she published on Tuesday in a top peer-reviewed journal, Proceedings of the National Academy of Sciences (PNAS). 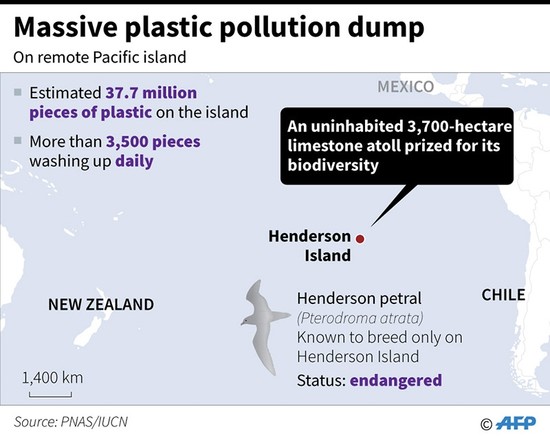 "This is what I found: The beaches covered in plastic. I have visited many remote islands in the world and this is the worst I have personally seen. It should be a wake-up call," Lavers told dpa.

Most of the waste was everyday household items, like plastic razors, cigarette lighters, toothbrushes and bottle caps.

The 9-kilometre-by-5-kilometre island is British overseas territory and is located between South America and New Zealand. Its ecosystems remains relatively unaffected by human contact.

Henderson has one of the world's last two raised coral atolls. Lavers spent three months in 2015 on the island and collected more than 53,000 plastic pieces.

Lavers said there were 671.6 items per square meter on the surface of the beaches, with two-third buried less than 10 centimeters in the sand.

She said it took a five-person team six hours to survey the beach's 10-meter section and up to 260 new items washed up a day on that patch.