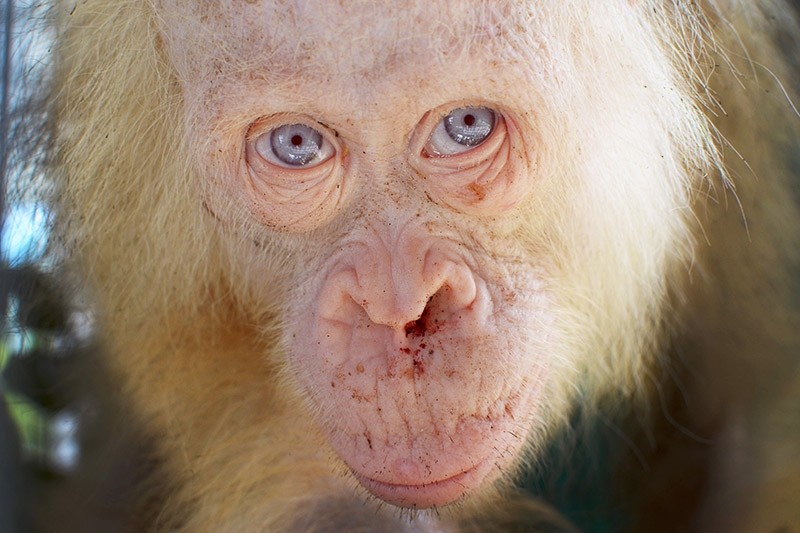 A rare albino orangutan was saved from captivity in Indonesia and brought to the island of Borneo for recovery, where it was given the name "Alba" after the public was invited help make the decision, the conservation group caring for the animal said Tuesday.

The female orangutan has been in the care of the Borneo Orangutan Survival Foundation at its rehabilitation center near the city of Palangka Raya since it was rescued from locals earlier this month. 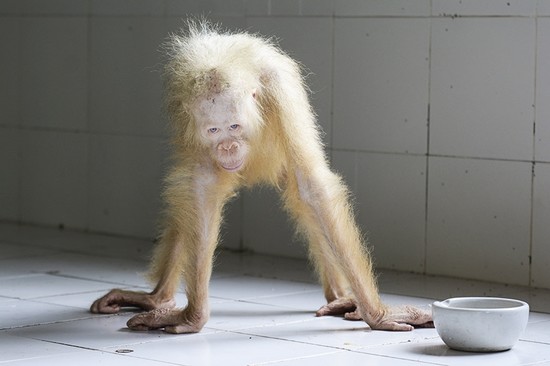 Thousands of people from around the world suggested names for the primate after the group invited the public to give it a "meaningful" moniker.

"BOS Foundation is delighted to announce that this little girl is named Alba, which means 'white' in Latin and 'dawn' in Spanish," the foundation said.

"Hopefully a new dawn will come for these precious animals," it said.

After being rescued dehydrated and weak, Alba's condition was improving and she had gained 4.5 kilograms, the group said. 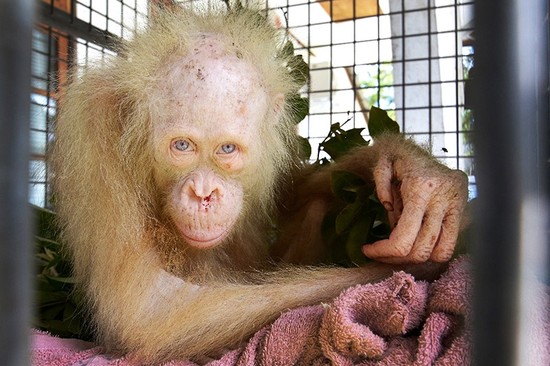 The white-haired and blue-eyed primate, thought to be 5 years old, was healthy even though there were signs she had been involved in a fight.

Alba is the first albino orangutan to be cared for by the organization in its 25-year history.

There are an estimated 45,000 to 65,000 orangutans in the wild in Indonesia, though the numbers may be less due to rapid deforestation.