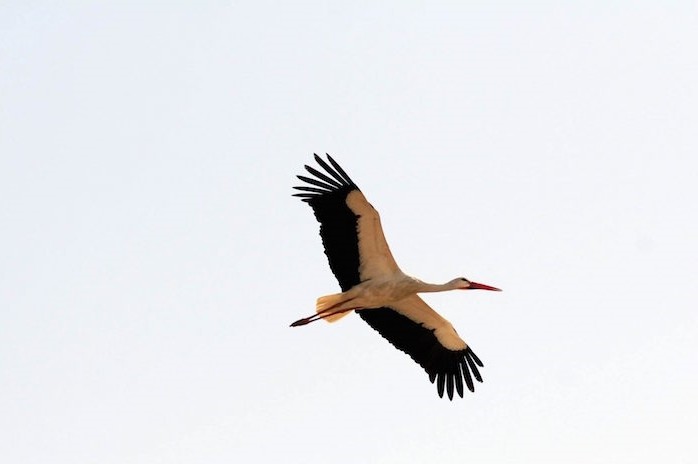 Storks travel much farther than previously thought, with one bird flying some 7,000 kilometers from the Black Sea province of Turkey to Mozambique in southeastern Africa, according to a recent study

The Samsun Municipality in northeastern Turkey and the ornithology research center at Ondokuz Mayıs University collaborated on the study, which attached tracking devices to eight storks in order to follow their migration routes.

In addition to the stork that flew from Samsun to Mozambique, another bird in the study flew 6,000 kilometers to Tanzania, and two more arrived in Sudan and Ethiopia. Two other storks were killed by electric shocks during the migration, and the final two went off the radar when their tracking devices stopped working.

Ornithology research center head Kiraz Erciyas Yavuz said it was known that storks migrated from Turkey to Sub-Saharan Africa, but that the journeys to Tanzania and Mozambique had exceeded the researchers' expectations.

The stork that traveled 6,000 kilometers is reportedly returning towards Turkey from Tanzania. An additional three storks are still being tracked by the researchers, who aim to learn more about the habits and patterns of migratory birds.

Turkey, in particular Istanbul, is a common crossing point for migratory birds. Birdwatchers can find a total of 483 bird species in the country, with around 70 percent living in or passing through Istanbul. Over one million storks and birds of prey pass over the Bosporus every year.