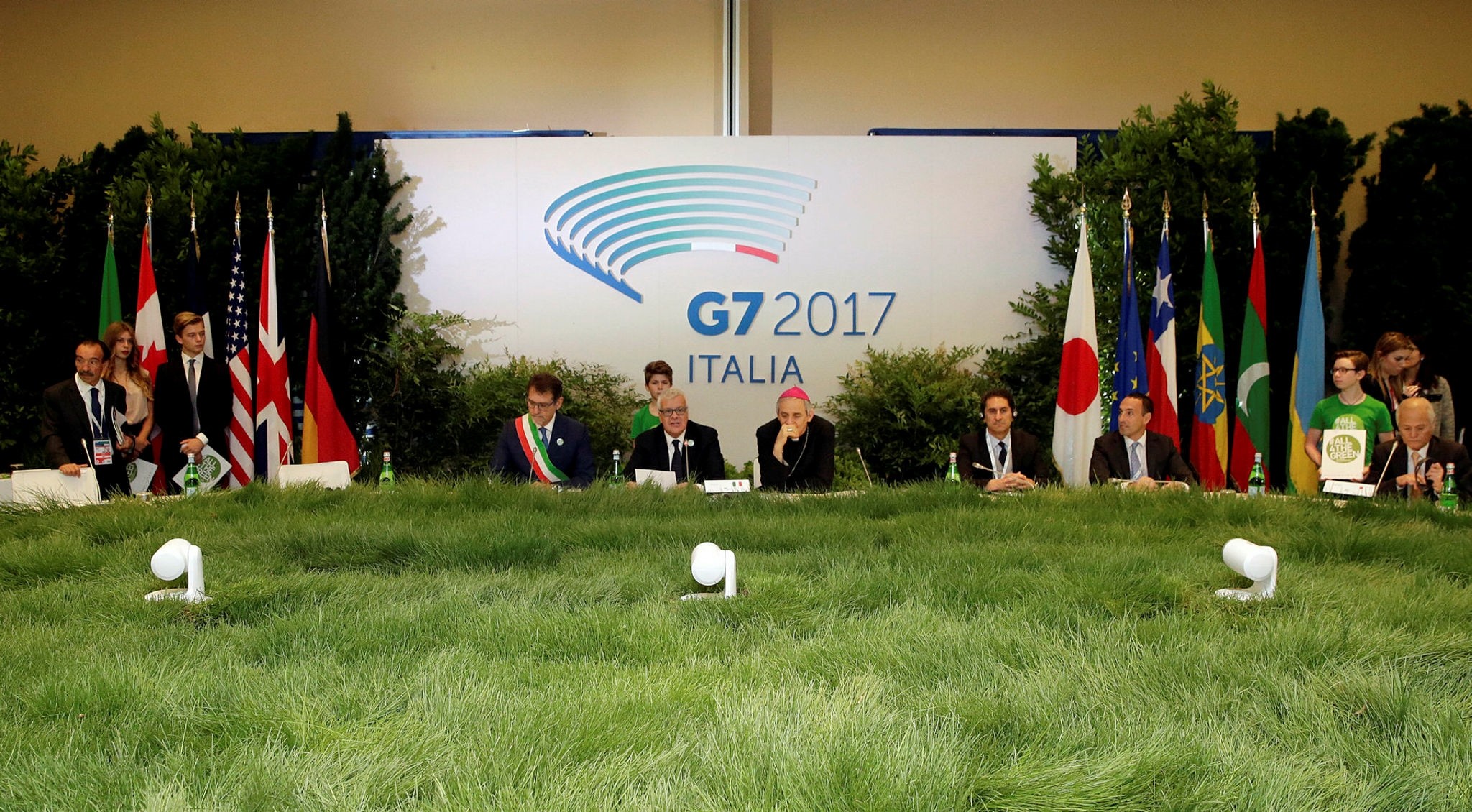 Italy's Minister of the Environment Gian Luca Galletti (C) attends a summit of Environment ministers from the G7 group of industrialised nations in Bologna, Italy, June11, 2017. (Reuters Photo)
by Anadolu Agency Jun 12, 2017 12:00 am

All G7 countries excluding the United States have pledged their commitment to the Paris climate pact during a two-day summit in Bologna, Italy, local media reported on Monday.

The summit was the first since President Donald Trump declared he would pull the U.S. out of the international Paris accord earlier this month.

During the summit, environment ministers of Germany, Canada, France, the U.K., Japan and Italy endorsed the Paris deal as "irreversible" to combat climate change.

However, the U.S. refused to sign a joint statement on climate change with the other G7 countries.

"We the United States do not join those sections of the communiqué on climate and [multilateral development banks], reflecting our recent announcement to withdraw and immediately cease implementation of the Paris Agreement and associated financial commitments," the U.S. was quoted as saying in a footnote of the joint statement issued Monday by G7 environment ministers.

The Paris Agreement, spearheaded by Trump's predecessor, Barack Obama, and signed by 195 countries in April 2016, aims to mitigate the effects of climate change by reducing carbon emissions and limiting global temperature rise to below 2 degrees Celsius.