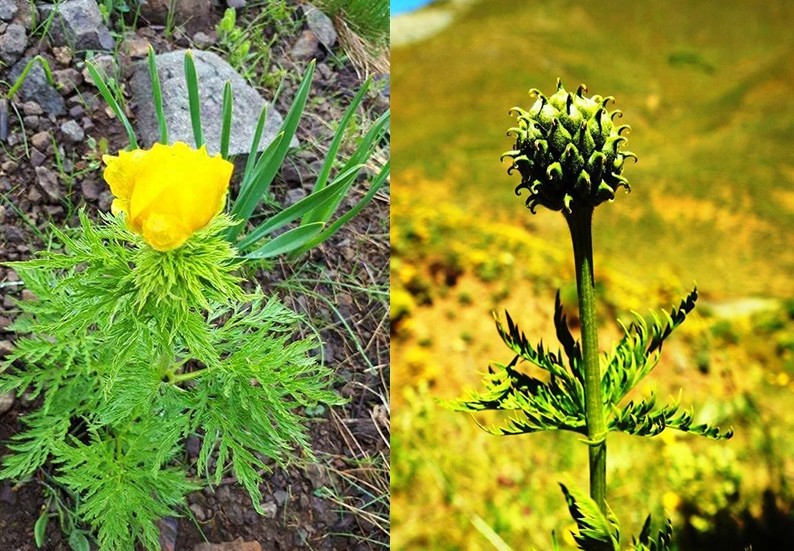 A flower endemic to Turkey known as Adonis cyllenea was discovered for the first time in 150 years in northeastern Giresun province's Şebinkarahisar district.

The Ministry of Forestry and Water Affairs said that the plant was initially discovered and recorded in 1867 by a Russian natural historian and geologist Pierre de Tchihatcheff in Giresun province's Şebinkarahisar district and partly in the neighboring Gümüşhane province.

According to the Giresun Terrestrial and Aquatic Biodiversity Inventory study, the flower endemic to Giresun and Gümüşhane has not been sighted since the discovery 150 years ago.

There are supposedly nine types of the blood drop flower, and two subspecies. Two of the types are yellow, and seven are red. People used to call the red types as "blood drop," while the yellow ones are known as Adonis cyllenea in Latin.

The flower contains toxic alkaloids, and is listed among medical aromatic plants, which is why scientists call to preserve and protect it.

The flower was named in the 2017 Terrestrial and Aquatic Biodiversity Inventory as one of the most important plants to be monitored and protected.