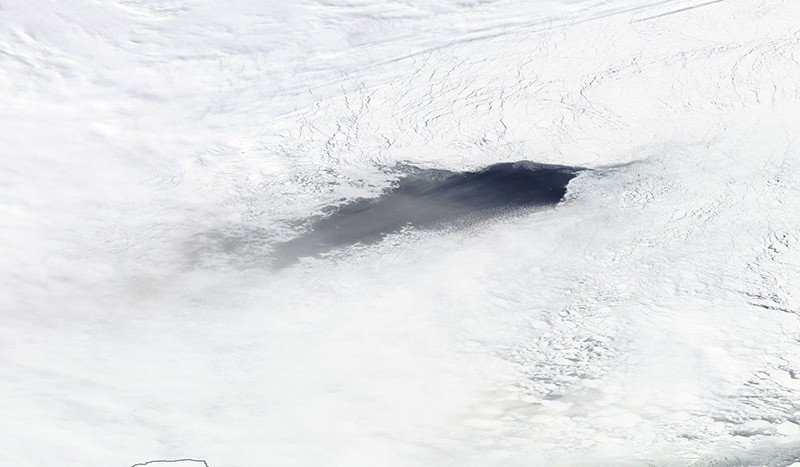 A giant hole opened up in Antarctica, leaving scientists struggling to explain why and how it formed.

The hole has an area of approximately 80,000 square kilometers (30,000 square miles), and is as large as Lake Superior, the largest of the Great Lakes of North America, or the state of Maine.

"It looks like you just punched a hole in the ice," University of Toronto professor Kent Moore told Motherboard, adding that it was "quite remarkable."

Such areas of open ocean water in the midst of ice are called "polynya," and are usually found in warm coastal areas.

However, the recently discovered polynya is "deep in the ice pack," which is rather unusual, Moore said.

"This is hundreds of kilometers from the ice edge. If we didn't have a satellite, we wouldn't know it was there," Moore added.

The hole was first discovered in the same location in the 1970s, but scientists' ability to study it was limited at the time.

"This is now the second year in a row it's opened after 40 years of not being there," Moore said, adding that scientists were still trying to determine "what's going on."

Moore also warned against "prematurely" blaming the formation of the hole on climate change.