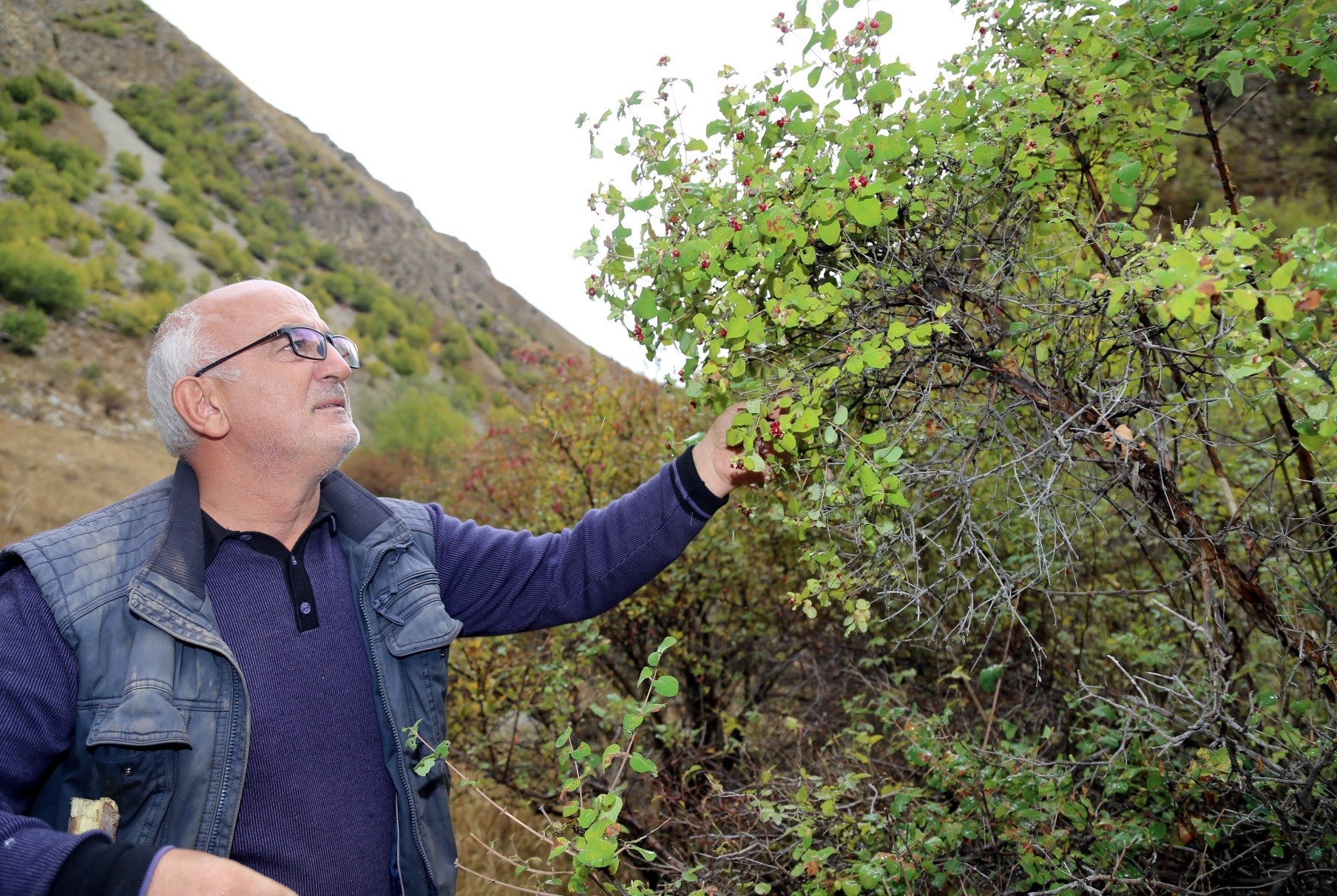 Walking for hours in forests and mountains around Anatolia, Kadir Yau015far (above) has made it his lifeu2019s work to find and identify endemic plants of Anatolia.
by Anadolu Agency Oct 19, 2017 12:00 am

Anatolia's fertile spils are home to numerous endemic plants, and one man from Erzurum has dedicated his life to finding, recording, and growing them for future generations

Walking for hours in the forests and mountains around Anatolia, searching for even the smallest plant is an easy task for Kadir Yaşar, 56, who has made it his life's work to find and identify the endemic plants of Anatolia.

In doing so, Kadir and his wife Hülya Yaşar, an agricultural engineer, have covered more than 220,000 kilometers over the last 15 years.

Residing in the Uzundere district of Erzurum in the east, Yaşar aims to locate and record the endemic plants of the region for future generations. So far, he has collected and cataloged more than 200 different kinds of plants specific to the region. 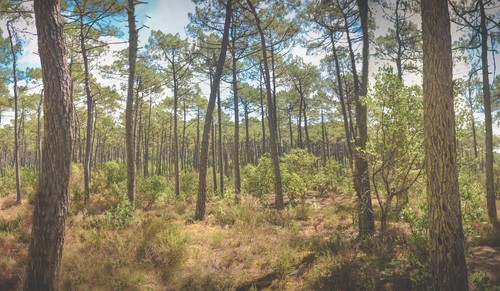 Yaşar, a nature researcher embarked on his mission to demonstrate the vegetal richness of Anatolia. After locating and identifying endemic plants, he catalogs them and collects seeds for reproduction. He then puts these plants on sale primarily in Erzurum, Kars and Erzincan.

With the support of his wife, Yaşar started his research on endemic plants from books and the Internet.

He makes a living by growing seedlings of different plant species like rowan, oak, Norway maple, gooseberry, rosehip, juniper, blackberry and wild cherry in his garden. He also looks to pass these species and his knowledge on to future generations.

Yaşar said he has been interested in nature and plants since childhood. Claiming that he has been collecting various plant species from high-altitude mountains in this city for over 15 years, Yaşar drew attention to the richness of vegetation in Erzurum.

"What I saw during my research is that a lot of plant species from our region were not included in the records. There was no comprehensive catalog or inventory. So, with my passion for plants and trees, I decided to take up this work and wander the mountains. I grow the plants I collect and send them to various places and municipalities so they can use them in landscaping. I do this as a passion."

Stressing that he wants to pass various plant species in the region to future generations, Yaşar said he plans to catalog all the species he has photographed so far in a book.

He also pointed out that 50 percent of the pharmaceutical industry is made up of plants.

"I want to create awareness. Many of these plant species can survive without any irrigation and are resistant to winter conditions," he said, adding: "I also want to save these plants for future generations, use them in urban landscapes and help realize the economic value of medicinal aromatic plants. There are many endemic plants and wild species that have medical and aromatic properties as well as nutritional value."

Yaşar said Erzurum is about 9 percent forestland and this ratio is very low in comparison to the Turkish average.

Claiming that he has covered more than 220,000 kilometers in the mountains of Erzurum to collect the plants, Yaşar noted that during their travels in the mountains, they have been exposed to animal attacks and even questions like, "Are you a treasure hunter?"

"But I do not care about any of that. This is my passion. This region has an enormous potential for ornamental and medicinal aromatic plant. I have been eager to contribute to the formation of these values."

"Erzurum is one of the most beautiful places in the world in terms of botanical tourism because three big rivers: Aras, Euphrates, and Çoruh, pass through here. They have brought different species of trees and plants here," he said.

Yaşar said that he grows the plant species collected from the mountains in their garden and sends them to various provinces for landscaping, adding that they have provided job opportunities to approximately 40 women in the Uzundere district.

Yaşar said one of their goals is to take an inventory of plant variety in the city.

"I wander around Erzurum's mountains and valleys to record these plant species according to their locations, their position and the kind of soil they are growing on. So, when we reproduce them we can use the most appropriate method."

"Most of the species I collect grow at an altitude of over 1,700 to 1,800 meters. We give more importance to their reproduction. These are species that only grow in an arid climate with rainwater and can tolerate very extreme weather conditions," he noted.

Yaşar said over the last 15 years, they have conducted scientific research and exchanged ideas with engineers and botanists. During that time they have identified more than 200 plant species.

"Highlighting this diversity of endemic species can play an important role in introducing the region to botanical tourism," he concluded.