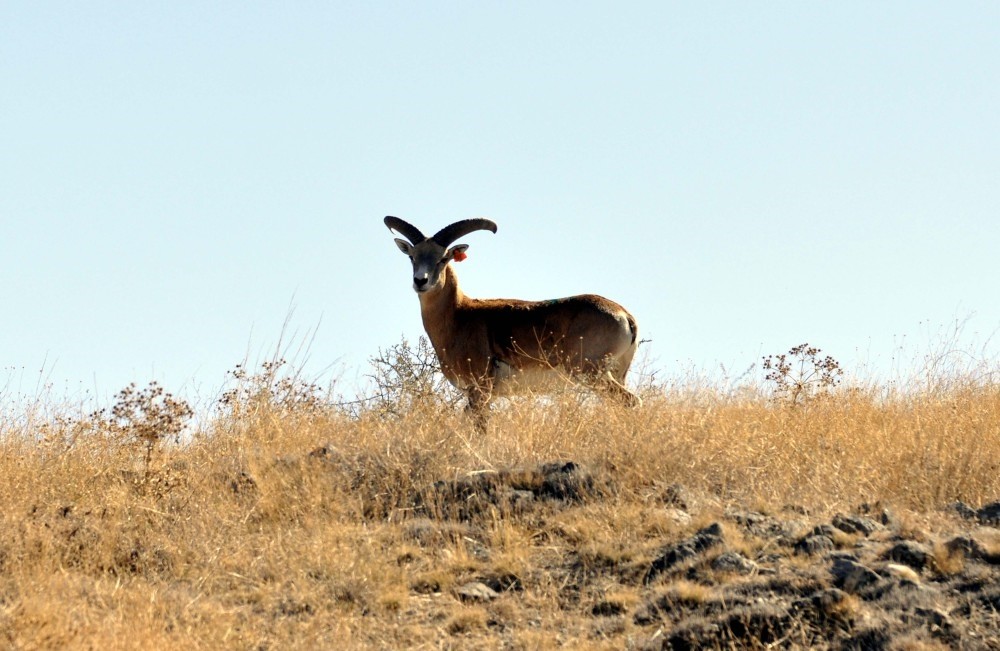 Once facing extinction in Turkey, wild sheep in Anatolia, known as mouflon, have found a new lease on life after they were put under protection of the Forest and Water Affairs Ministry.

The sheep, called "ceren" (gazelle fawn) by locals because of their large eyes, was part of a captive breeding project in Afyonkarahisar. Currently, there are some 23 adults and nine offspring at the facility, which is under video surveillance 24/7.

The wild sheep, scientifically known as the subspecies Ovis gmelinii anatolica, are only found in Turkey. Thanks to the project, ewes gave birth to nine offspring this year, which was a huge achievement in saving the subspecies from extinction.

The breeding facility in Afyon, one of three in Turkey, is nearly 70 acres and features an extensive observation and feeding system.

Once breeding is over, the sheep are released into the wild. So far, the facility has released 13 ewes and 10 rams into the surrounding areas.

The facility, however, keeps track of the sheep after release and vaccinates them against diseases and parasites to boost the wild sheep population.

Anatolian wild sheep differs from other mouflon subspecies as ewes do not have horns. Their colors vary from pale brown to reddish brown and their change in summer and winter. The subspecies mostly lives between an altitude of 1,000 meters to 1,500 meters and prefers hills and steppes.