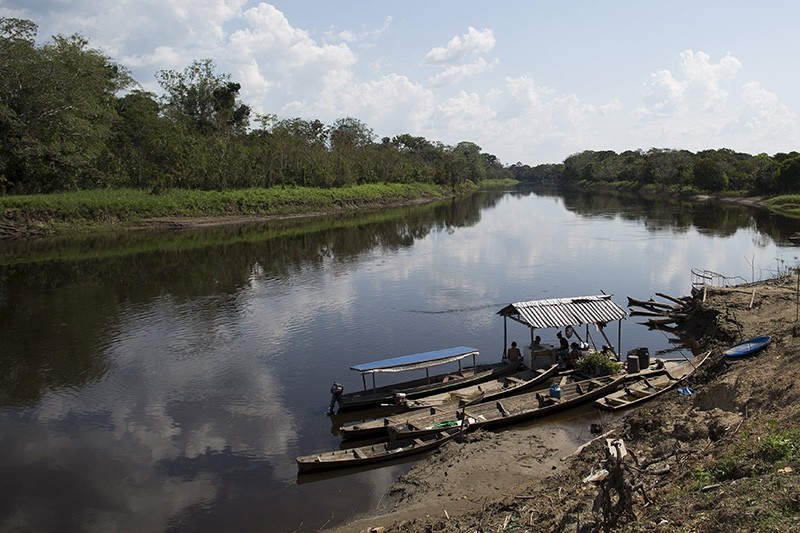 Residents are seen on the banks of the Parana do Amana river at Vila Nova do Amana community in the Sustainable Development Reserve, in Amazonas state, Brazil, September 22, 2015. (Reuters Photo)
by Dec 08, 2017 12:00 am

Norway has slashed its annual payments to Brazil to protect the Amazon rainforest by 60 percent to $42 million after a rise in forest destruction in 2016, but welcomed signs that losses have slowed this year, Norway's Environment Ministry said on Friday.

Norway makes annual payments to Brazil as part of a long-term billion-dollar program to curb the loss of Amazon rainforest to slow global warming. Forests are a giant store of carbon dioxide, the main man-made greenhouse gas, but are being cut down for logging and to make way for farms.

"When deforestation goes up, payments go down," Environment Minister Vidar Helgesen said in a statement.

"I am however pleased to notice that initial deforestation figures for 2017 show a reduction. If confirmed, this would lead to increased payments next year," he said.

In June, Norway told visiting Brazilian President Michel Temer that it was set to cut payments.

Norway, which has huge wealth from oil and natural gas produced in the North Sea, has been the biggest foreign donor to protect tropical forests from Brazil to Indonesia.