More than $60 billion contained in world's electronic waste each year 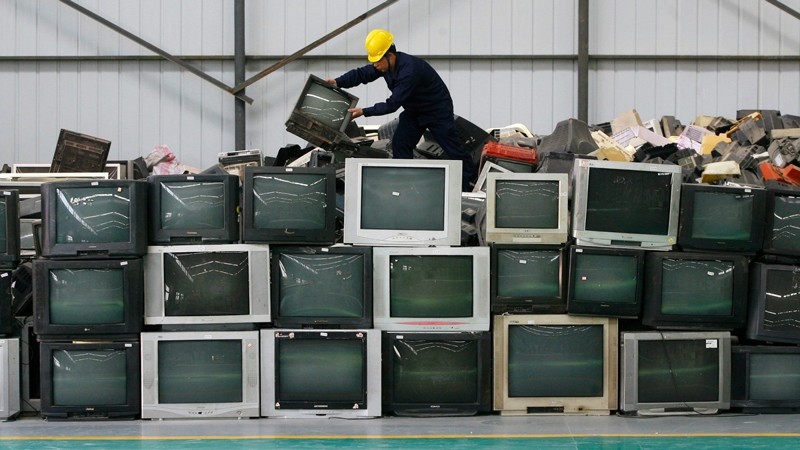 Gold, silver and other raw materials worth 55 billion euros ($63.5 billion) are contained in the world's electronic waste each year, according to a UN report that highlights the economic opportunities in recycling.

A full 44.7 million tonnes of so-called e-waste was generated around the world in 2016, up eight percent from two years earlier, according to a report from the UN's International Telecommunication Union, the UN University (UNU) and the International Solid Waste Association.

That's the equivalent of 4,500 Eiffel Towers, the report noted, adding that the number was expected to swell "significantly" over coming decades.

The annual amount of discarded mobile phones, laptops, electronic toys and other products will rise 17 per cent in the next five years, the UN agency estimates.

By 2021, the world will likely be cluttered with a full 52.2 million tonnes of such waste, which today consists mainly of fridges, washing machines and other domestic appliances, but also increasingly mobile phones and computers.

Countries should tap into the value of the world's giant heap of e-waste not only by recycling its rare metals, the ITU says, but also by embracing other elements of the so-called circular economy, such as refurbishing second-hand products.

"Therefore, the circular economy concept offers huge economic and employment opportunities for e-waste management," the ITU report said. "The presented 55 billion euros of secondary materials is an underestimate of those economic opportunities."

In 2016, Asia, Europe and the Americas were the world regions with the highest output of e-waste, while Oceania came last.

However, Oceanic countries generated the most electronic waste per person, followed by Europe.

While Europe ranks high on both counts, it also leads in electronic recycling: more than a third of e-waste was collected as separate rubbish in the region last year.