Plastic discovered in mussels from Europe to China amid growing pollution 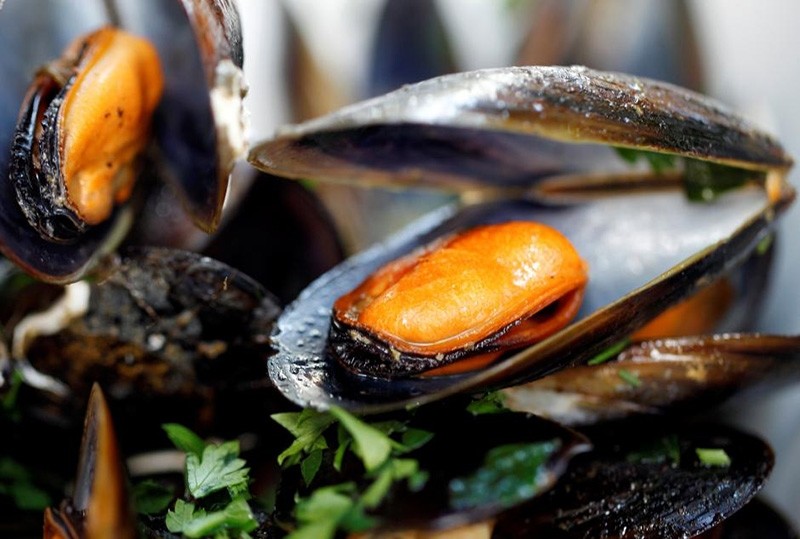 Tiny bits of plastic are contaminating mussels from the European Arctic to China in a sign of the global spread of ocean pollution that can end up on people's dinner plates.

Mussels in apparently pristine Arctic waters had most plastic of any tested along the Norwegian coast, according to a study this month by the Norwegian Institute for Water Research (NIVA).

Plastics may be getting swept north by ocean currents and winds from Europe and America, ending up swirling around the Arctic Ocean, NIVA researcher Amy Lusher told Reuters.

"Microplastics have been found in mussels everywhere scientists have looked," she said.

Past surveys have found microplastics off nations including China, Chile, Canada, Britain and Belgium. Off Norway, the molluscs contained on average 1.8 bits of microplastic - defined as smaller than 5 mm long (0.2 inch) - with 4.3 in the Arctic.

Last year, Chinese researchers suggested that mussels could be a global "bioindicator of microplastic pollution" because the molluscs live on the seabed where many plastics end up and, unlike fish, stay in the same place.

The impact of microplastics' on marine life or humans when eaten is unclear. Scientists suspect you would have to eat vast amounts of shellfish to be at risk, straining even Belgian diets where moules et frites (mussels and french fries) are a favorite dish.

"It's a warning signal that we need to do something about reducing the input of plastic to the ocean," Richard Thompson, a professor at Plymouth University and an expert on microplastics, told Reuters of the worldwide finds.

"It's a cause for concern at the moment rather than an alarm story for human consumption," he said.

Almost 200 nations signed a U.N. resolution this month to eliminate plastic pollution in the seas, ranging from bottles to supermarket bags and food packaging, estimated at 8 million tons a year.

Thompson's research has shown that extremely high levels of plastics in the seabed can harm animals such as lugworms living in the seabed and build up in their tissues.

Most bits of plastic, however, simply pass through the guts of creatures from shellfish to humans. Thompson said human exposure to microplastics in seafood was likely to be below that from everyday plastics ranging from toys to fleece jackets.

China and the European Union are the top producers of farmed mussels in a global business worth $3 billion.

And scientists want to find out if microplastics might cause mussels or oysters to make pearls - in nature often produced to combat natural irritants like sand.

Pearls might raise the value of some shellfish but also break the teeth of unlucky diners, Lusher said.