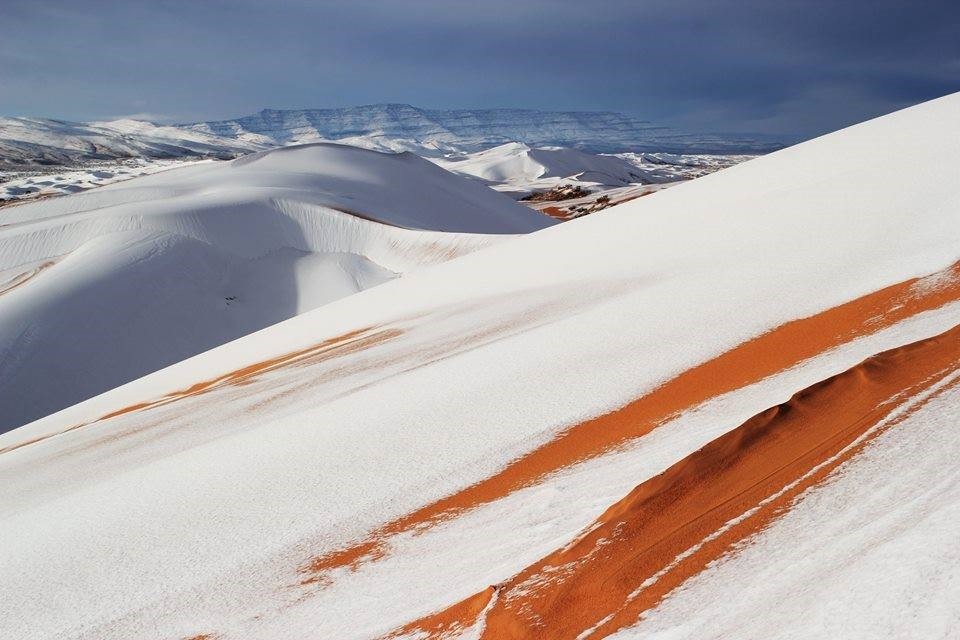 Residents of the Algerian town of Ain Sefra witnessed a rare sight as snow covered parts of the surrounding Sahara desert Sunday.

Ain Sefra saw one or two inches of snow, while the sand dunes around the town were covered in some 40 centimeters (16 inches) of snow.

The snow did not stay long as the temperature increased to 5 degrees Celsius (42 F) in the afternoon.

High pressure bands over Europe caused cold air to be pulled down into northern Africa and into the Sahara.

This was only the third snow event in the Sahara in 37 years with previous occurrences in 1979 and 2016.