Numbers are up for critically-endangered mountain gorilla, predicts Rwanda 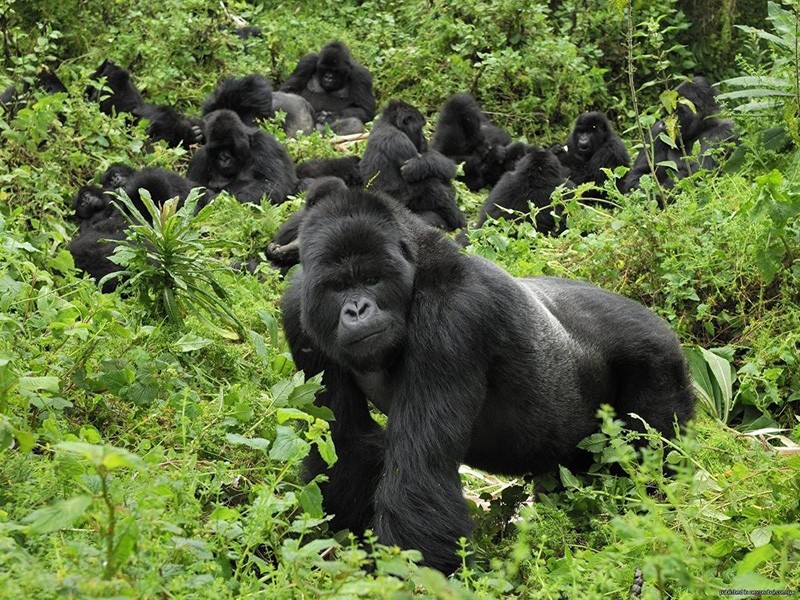 A census of mountain gorillas due in March will likely show numbers have risen this decade, experts said during a ceremony to mark Rwanda's expansion of its Volcano National Park.

The last global survey in the Democratic Republic of Congo, Uganda and Rwanda in 2010 found just 480 individuals of the critically-endangered sub-species.

Eugene Mutangana, the head of conservation at the Rwandan Development Board (RDB), said an average of 18 baby mountain gorillas had been born each year in Rwanda since 2005, when the east African nation began naming them in an annual ceremony.

"We only had seven families of gorillas seven years ago. Today we have 20," RDB chief executive Clare Akamanzi said.

Mountain gorillas are under threat from poaching, war and habitat loss.

Rwanda is keen to encourage tourists to see them, but tour operators and hoteliers say a government decision to double the price of trekking permits from $750 to $1,500 last year slashed visitor numbers.

Philip Mason of Sabyinyo Silverback lodge, a high-end hotel in the town of Musanze, at the foot of volcanoes where gorillas live, said ticket sales were down 30 percent.

But budget facilities and tour operators have been harder hit.

"I have a 14-room hotel but I don't have more than five tourists per week," said Eric Twagirimana, owner of budget Buffalo mountain lodge. "The government shouldn't have taken this decision without consulting us."

Tour guide Gilles Mugabe said visitors were instead going to Uganda and Congo, where prices were lower.

Mountain gorillas, a subspecies of the eastern gorilla, have longer hair, jaws and teeth than most other species. Adult males grow a patch of gray hair on their back and hips, giving them the 'silverback' moniker.

One such is Gihishamwotsi, a dominant male in the Sabyinyo family, a popular group viewed by trekkers in Rwanda's national park.