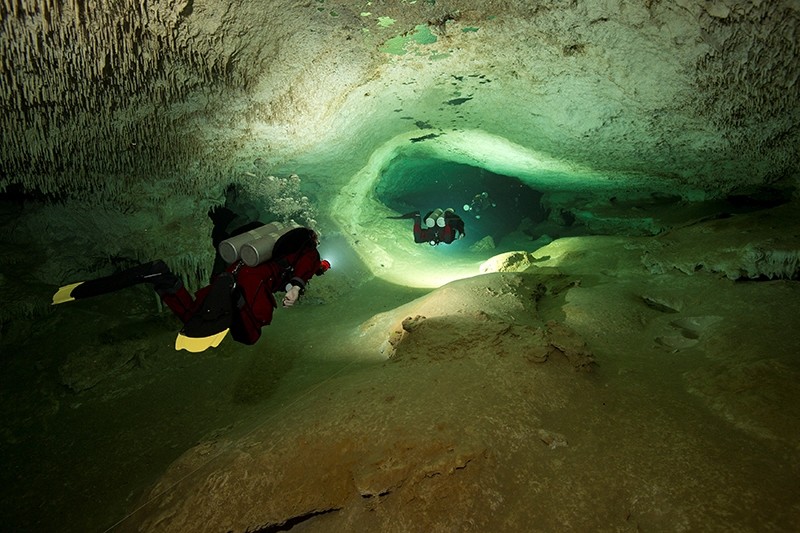 A group of divers has connected two underwater caverns in eastern Mexico to reveal what is believed to be the biggest flooded cave on the planet, a discovery that could help shed new light on the ancient Maya civilization.

The Gran Acuifero Maya (GAM), a project dedicated to the study and preservation of the subterranean waters of the Yucatan peninsula, said the 347-km (216-mile) cave was identified after months of exploring a maze of underwater channels.

Near the beach resort of Tulum, the group found that the cave system known as Sac Actun, once measured at 263 km, communicated with the 83-km Dos Ojos system, the GAM said in a statement. For that reason, Sac Actun now absorbs Dos Ojos.

GAM director and underwater archaeologist Guillermo de Anda said the "amazing" find would help to understand the development of the rich culture of the region, which was dominated by the Maya civilization before the Spanish conquest.

"It allows us to appreciate much more clearly how the rituals, the pilgrimage sites and ultimately the great pre-Hispanic settlements that we know emerged," he told Reuters.

The Yucatan peninsula is studded with monumental relics of the Maya people, whose cities drew upon an extensive network of sinkholes linked to subterranean waters known as cenotes.

Some cenotes acquired particular religious significance to the Maya, whose descendants continue to inhabit the region.