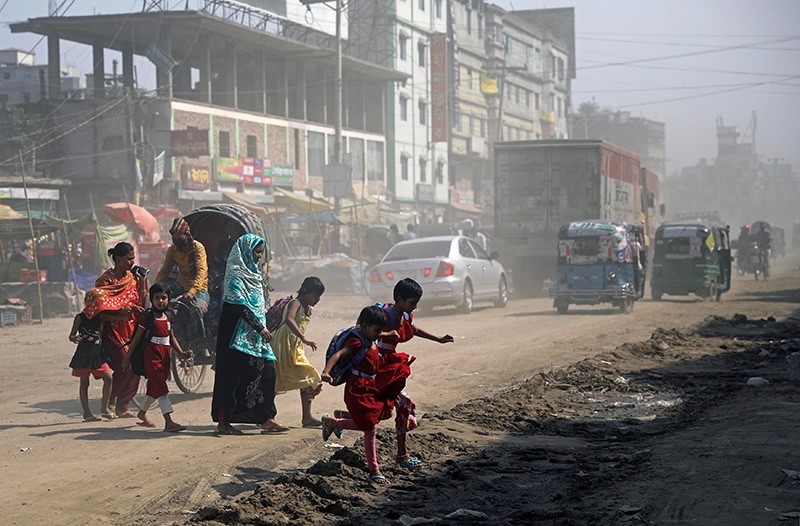 Thousands of women in Bangladesh will receive financing to develop livelihoods that can withstand the effects of climate change in one of the world's hardest-hit countries, the United Nations said.

Women and girls in the disaster-prone coastal districts of Satkhira and Khulna will receive assistance from $33 million provided by the U.N.'s Green Climate Fund and Bangladesh's Ministry of Women and Children's Affairs.

"The rising sea level is a major threat to these areas," Mamunur Rashid, a climate change specialist at the U.N. Development Program (UNDP), said by telephone from Dhaka on Monday.

Much of Bangladesh is comprised of a low-lying river delta, making the country particularly vulnerable to storms that are increasing in frequency and intensity, as well as other effects of climate change like the salinization of farmland.

With the loss of agricultural land, many of the 2.9 million residents of Satkhira and Khulna have switched to shrimp farming, but that does not provide as many jobs, said Rashid.

Women will receive financing to develop livelihoods that are resilient to climate change, including growing vegetables hydroponically while using waste produced by farmed fish as fertilizer, Rashid said.

Funding will also be used to build community-managed rainwater harvesting systems to provide at least 130,000 people with clean drinking water, and it will be directed towards involving more women in flood and cyclone early warning systems.

About 60 percent of deaths caused by cyclones around the world in the last two decades occurred in Bangladesh, according to the World Bank.

The advocacy group Germanwatch ranked Bangladesh sixth out of 182 countries most affected by extreme weather events from 1997 to 2016.

"Women are disproportionately affected by the impacts," Saleemul Huq, director of the Dhaka-based International Centre for Climate Change and Development, said in a statement.

For example, officials said that women and girls are often tasked with collecting fresh drinking water, producing foods and tending to the household's animals.

"As household managers, women are primarily responsible for producing food for the family, as well as securing household water and energy," Huq said.

About 39,000 women and girls will directly benefit from the six-year project, which will be implemented starting in July, according to UNDP.

The Bangladeshi projects are part of more than $1 billion of funding agreed at a meeting of the Green Climate Fund board in South Korea last week.