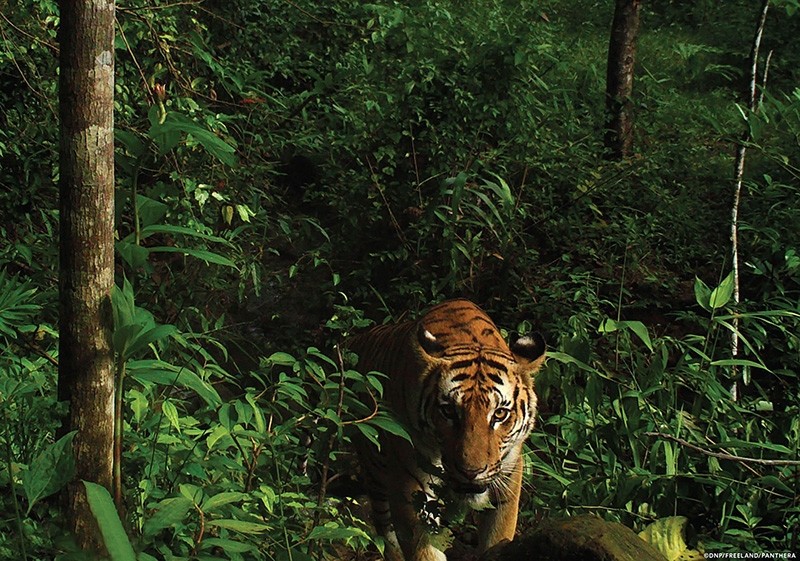 Four rare Bengal tigers have died in the last month in south-central Nepal, dealing a blow to a campaign to protect the endangered species, park officials said Monday.

"We are not sure what caused its death, but we have two theories. Because tigers are territorial animals, it might have fought with its rival for the territory," he said.

"There could have been a battle for prey between the two, resulting in the death of one," he added.

Two other tigers died late last month in community forests outside the park, according to Aryal.

Nepal is wrapping up a nationwide tiger census at the country's protected areas.

Aryal said the census result will shed light on the exact number of the rare animal in the wild.

"The increase in their numbers might have caused the deaths, but we will have to wait for the results," he said.

A census in 2013 put the number of Royal Bengal tigers at 198, the survival of which is credited to Nepal's strict anti-poaching laws and community-driven conservation.

An estimated 3,900 tigers are left in the wild across the world.