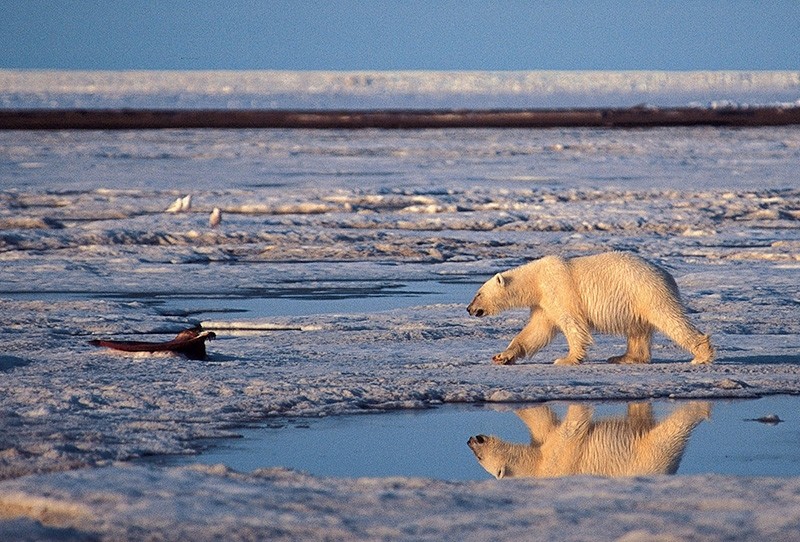 Polar bears and other iconic animals could be extinct by the end of the century if ocean temperatures continue to rise at the current rate, marine biologists warned Monday.

Warming temperatures caused by climate-changing emissions may result in a catastrophic loss of marine wildlife and drastic changes to ocean food webs by 2100, scientists at the Florida Institute of Technology and the University of North Carolina said in a paper published in the journal Nature Climate Change.

Much current marine life will be unable to tolerate ocean temperatures that are projected to increase by 2.8 degrees Celsius on average, according to the study.

"With warming of this magnitude, we expect to lose many, if not most, animal species from marine protected areas by the turn of the century," said the study's lead author, John Bruno, a biologist at the University of North Carolina-Chapel Hill.

Marine protected areas, established as sanctuaries for polar bears, coral reefs and other wildlife threatened by human activities such as fishing and oil extraction, have failed to protect species from the impacts of global warming, the scientists said.

In Florida Keys National Marine Sanctuary, a large number of corals already have been destroyed by bleaching and diseases related to higher temperatures, the study noted.

The protections in place will be ineffective by 2100 if greenhouse gas emissions continue to rise at the current rate, researchers said.

Reduced oxygen concentrations in the ocean - one consequence of global warming - will make marine protected areas uninhabitable to most species, they argued.

Richard Aronson, a co-author of the study and head of the department of ocean engineering and marine sciences at Florida Tech, told the Thomson Reuters Foundation that wildlife in the Arctic and Antarctic is particularly at risk.

"Oceanic warming is happening most rapidly at the poles. Warming will threaten polar ecosystems generally, including iconic wildlife like polar bears and penguins," he said in an email.

Around 90 percent of the heat trapped by greenhouse gases is absorbed by oceans, Aronson said.

"We have to take bold steps individually and as a society to control emissions. Shifting away from our dependence on fossil fuels would be a major step in the right direction," he said.

"Stabilizing emissions over the next few decades could cut the rate of warming in half," he added.