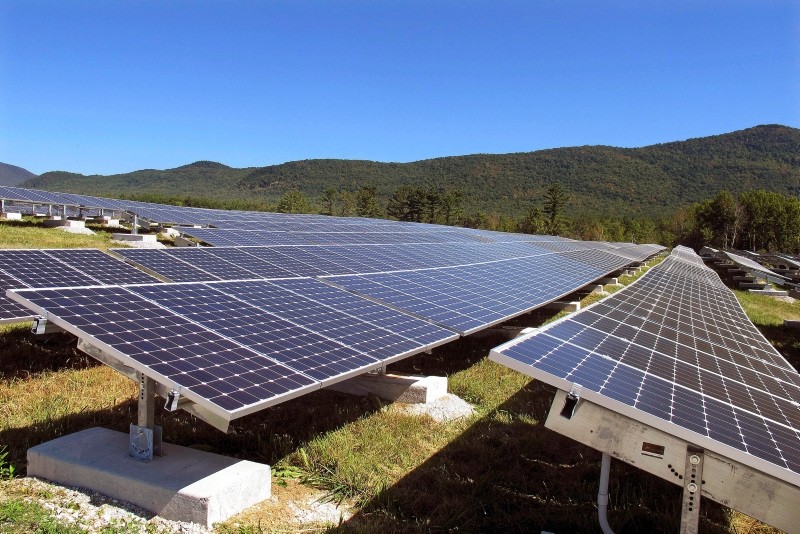 Thirsty Middle Eastern and North African countries could tap into their solar-energy potential to cope with fresh water scarcity, according to resource experts.

Water could be saved by switching to renewable solar energy from fossil fuel electricity generation that uses up water, said the World Resources Institute (WRI).

"A lot of times, the water savings that kind of benefits from renewable projects are overlooked," Luo told the Thomson Reuters Foundation.

Yemen, Saudi Arabia, Oman, Libya, Algeria, Morocco, the United Arab Emirates and Jordan ranked among the top countries, measured by lack of freshwater and solar energy potential that could benefit from such a switch, the WRI said.

"These countries have high-average resources for both solar and wind that could be put to very productive uses, and it could potentially assist them in their water-related challenges," said Jordan Macknick, energy and water analyst at the U.S. National Renewable Energy Laboratory.

Fresh and sea water is often used in the process of cooling fossil-fuel power plants, ubiquitous in the Middle East and North Africa, according to the World Bank.

Put another way, powering one 60-watt incandescent light bulb for 12 hours over one a year can consume 3,000 to 6,000 gallons of water, according to the U.S.-based Virginia Water Resources Research Center.

Solar panels, meanwhile, require little or no water to install and maintain.

Yemen, an impoverished nation in the grip of civil war, topped the WRI ranking in terms of water scarcity and how much potential electricity solar farms could produce.

Despite its wealth of oil, the kingdom recently stepped up its involvement in expanding solar energy with an announcement in March of investments to create the world's biggest solar power project.

The project is expected to have the capacity to produce up to 200 gigawatts by 2030.