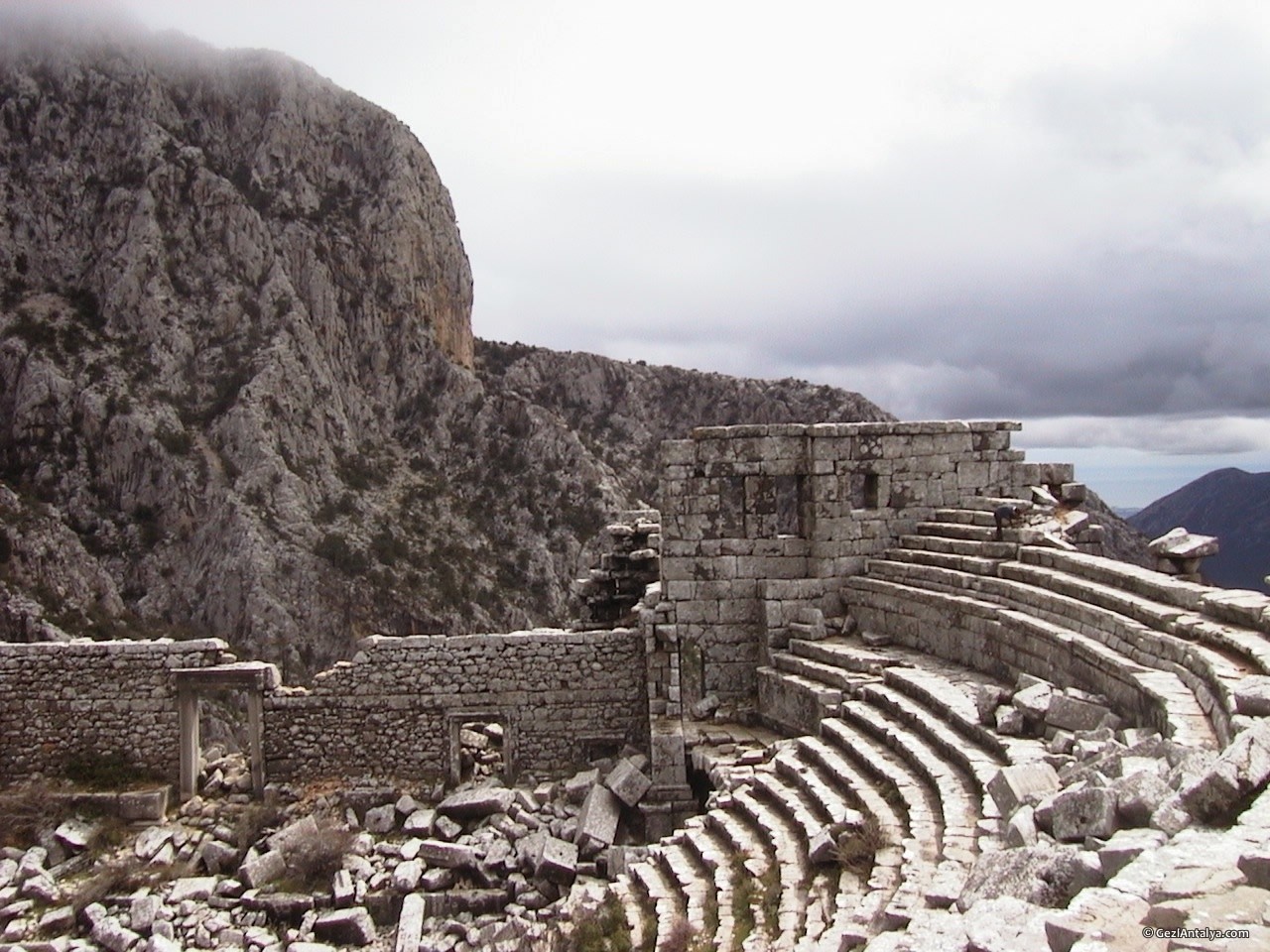 Mount Güllük - Termessos National Park in southern Turkey's Antalya, is home to numerous rare plants and animal species as well as the ruins of the ancient city of Termessos.

The national park covers an area of over 67,000-hectare in the city's Döşemaltı district, on the Korkuteli highway. The area was placed under the protection of the Directorate General for Nature Conservation and National Parks in 1970.

Many endangered species, including fallow deer, wild goats, eastern imperial eagles and lynxes have made this national park their home.

Some 113 of Turkey's 456 bird species can also be observed here.

More than 680 Mediterranean plant species, such as pistacia lentiscus, santalum album, ceratonia siliqua, laurus and melia azedarach, can be found at the Mount Güllük - Termessos National Park. It also has some interesting geomorphological formations created by indigenous limestone.

It features some interactive floor projections, interactive books, digital tours, information systems about trees and birds, natural life presentations and dioramas. It also exhibits hundreds of animal species from Antalya and nearby cities.

The ancient city of Termessos is another major attraction in the area. It was established by the Solyms on the foothills of Mount Güllük, known previously as Mount Solymos. It is one of Turkey's most well-preserved ancient cities, with city walls, towers, roads, Hadrian's gate, water cisterns, a theater, a gymnasium, an agora and an odeon, where concerts, recitals and plays were performed. It also features a graveyard and the mausoleums of Alcetas and Agatemeros.

The area, where history and nature meet, is perfect for many other activities, like bike riding, hiking, trekking, rock climbing, archaeological walks, wildlife observation, nature photography and nature walking.