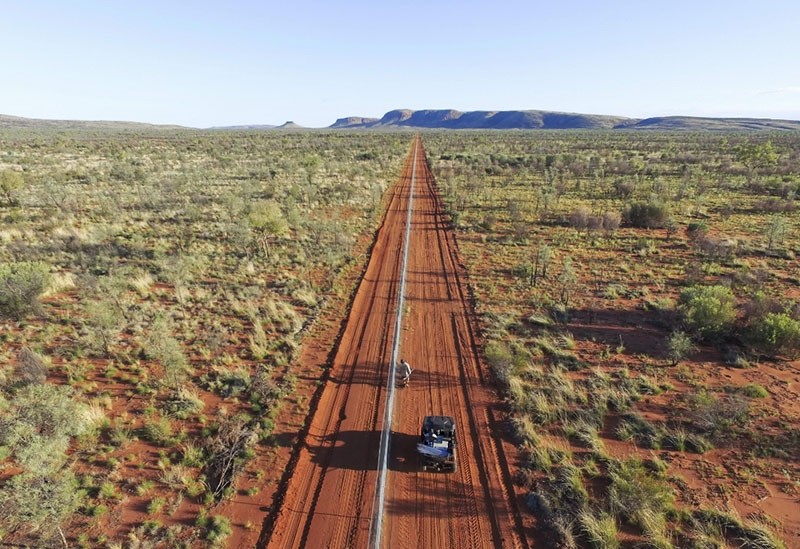 A conservation agency has constructed what is believed to be the world's longest cat-proof fence in central Australia to save native wildlife and vegetation ravaged by the feline predators.

Australia has the highest extinction rate in the world, while declining populations are affected by habitat loss as well as introduced creatures such as cats, foxes and rabbits going feral and killing native species across the vast continent.

The Australian Wildlife Conservancy this month finished building and electrifying the 44-kilometer (27-mile) long fence to create a predator-free area of almost 9,400 hectares (23,200 acres) some 350 kilometers northwest of Alice Springs.

"Australia does not have an effective strategy for controlling cats," AWC chief Attius Fleming told AFP.

"The only way we can save Australia's most endangered animals is by establishing these massive feral cat-free areas using conservation fencing."

Fleming said as part of the project -- which is funded by public and government donations -- cats and other feral animals were being removed from the area, with threatened native mammals to be reintroduced next year.

The mammals set to be reintroduced in the area, which is owned by the AWC, include the western quoll, the numbat, the bilby and the central rock-rat.

The project will be extended in 2020 to cover a larger area of around 100,000 hectares, Fleming added.

Feral cats are believed to number between 10 and 20 million across Australia.

Cats were first introduced to Australia by British immigrants in the late 1700s as domestic pets, but some went wild and spread across the continent over the next 100 years.