The cost of climate change: Poor countries may have to pay $168 billion in interest 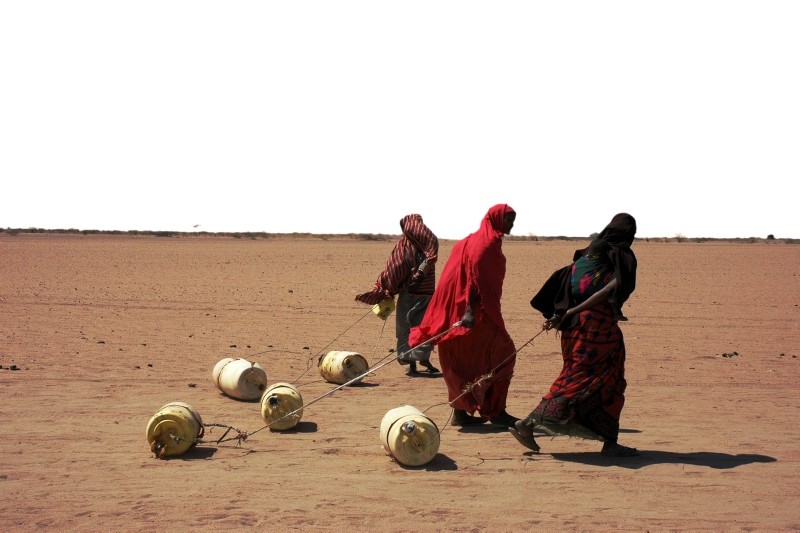 Mercy Corps emergency response to the drought in in Wajir County, northeastern Kenya. (FILE Photo)
by reuters
Jul 02, 2018 12:00 am

Poor countries could have to pay up to $168 billion more in interest over the next decade as extreme weather events brought on by climate change affect their credit ratings, a study said on Monday.

Nations that rely heavily on agriculture are likely to suffer as global temperatures rise, bringing more storms, floods and droughts that can destroy crops and curb production, according to research commissioned by the United Nations.

Rice plantations in Vietnam are vulnerable to rising sea levels, while Guatemala's maize output could be hit by drought and tropical storms are a threat to the Barbados tourism industry, the paper said.

Such risks push borrowing costs up as lenders charge more, one of the study's authors Charles Donovan told the Thomson Reuters Foundation.

"Investors ... have begun to recognise that climate change is an amplifier of these risks (and) needs to be compensated for," said Donovan, who heads the centre for climate finance at the Imperial College Business School in London.

The research is the first to look at the link between global warming and credit profiles and focused on members of the Climate Vulnerable Forum, a coalition of the 48 countries - from Afghanistan to Fiji - most affected by global warming.

It found that for every ten dollars these countries paid in interest over the past decade, one dollar was attributable to climate vulnerability.

That translated into extra costs of $62 billion - a sum that could pay for the reforestation of 20 percent of the Amazon rainforest, and could climb to $168 billion over the next decade, the study said.

"Integrating climate risk into financial decisions is necessary, but the unacceptable logic of the markets is transferring the costs to the world's poorest," said Simon Zadek, special advisor to the U.N. Environment Programme (UNEP).

Investment in adaptation projects such as flood protection infrastructure and tree-planting initiatives could help offset the problem, said Ulrich Volz, head of the economics department at London University's School of Oriental and African Studies.

"They will not only help vulnerable countries to better deal with climate risks, they will also help to bring down the cost of their borrowing," Volz, who co-authored the study, said in a statement.