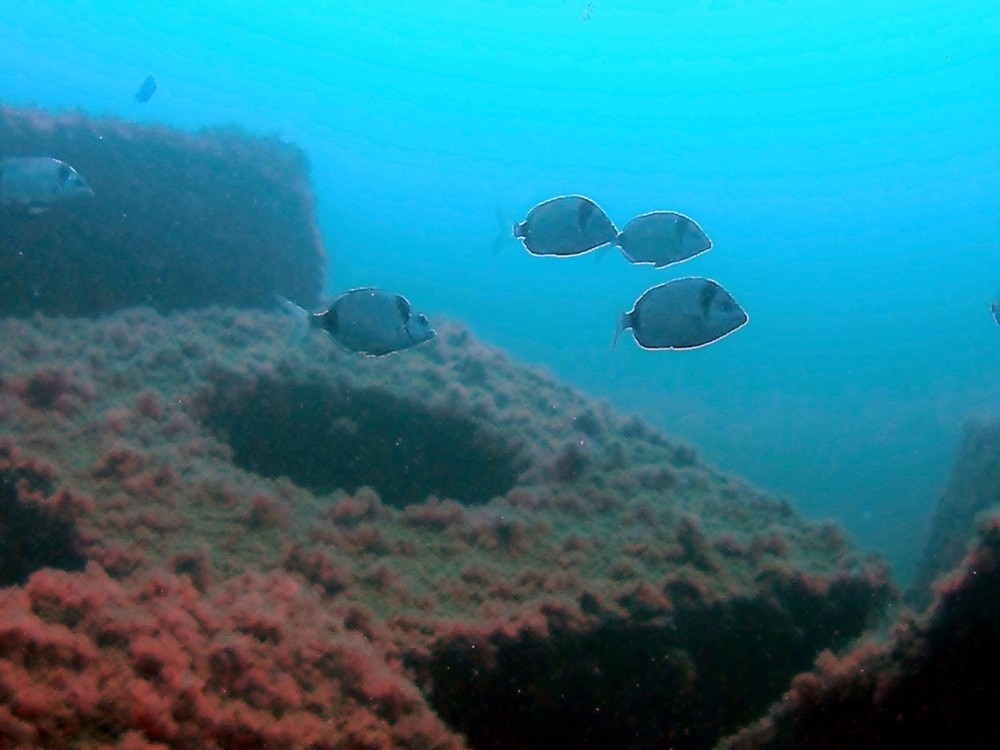 The project is expected to be completed by year-end. It has already seen an increase in the population of fish and other marine species in the region. İÇDAŞ, in cooperation with the Marine Sciences and Technology faculty at Çanakkale On Sekiz Mart University (ÇOMU), is building the artificial reef. It will use nearly 2,000 reef blocks, of which 1,570 have already been launched off the coast of Biga's Değirmencik, Kemer and Bekirli villages.The remarkable increase in the number of fish and other marine creatures has also pleased the fisherman in the region. İÇDAŞ Port Manager Türker Özman said that the project will be instrumental in increasing the diversity of fish in the region.

"Our fishermen are very happy with the situation. We will launch the remaining 430 reefs in the sea by the end of this year. We are already seeing the positive results of this project, which was launched just four years ago," Özman said. Professor Adnan Ayaz, the chairman of ÇOMU's Fishing and Processing Technology Department, said that artificial reefs are very important for sea life.

He added that natural reefs in many cases become ineffective due to the damage caused to them by net fishing. "The fish need new habitats in coastal areas and artificial reefs contribute to their reproduction," he said. "The artificial reefs are generally made in the form of hollow concrete blocks. We use concrete because it is the closest to natural materials. The main target of this project is to preserve sea life and biodiversity. A number of faculty members from ÇOMU personally takes part in the project," he added.

Hüseyin Pırnal, a local fisherman, said that after the project started they have seen new fish species in the area. "Especially in the last couple of years, we caught some beautiful bluefish. We wouldn't see them in these waters before," Pırnal said. "There is even a coral. The fish population here is growing. I am 35 and recently I have caught fish that we never saw before in these waters. I am very happy with the artificial reefs. They have made a huge contribution to our fishing industry," he added.

Another local, Murat Horoz said that now they cannot find a place to cast a fishing line along the coast, especially during weekends. "The reefs have even brought exotic fish to our region. We often find saddled sea bream and kingfish. The reefs have become a new home for all kinds of sea life," Horoz said.