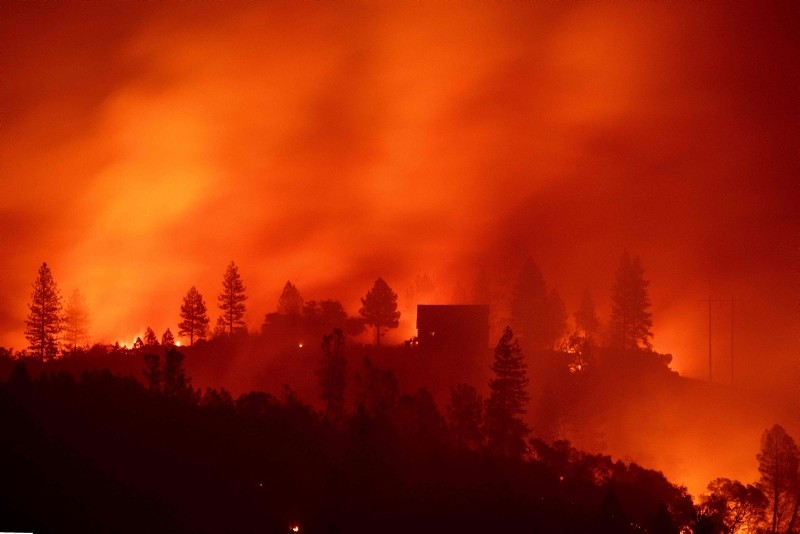 A U.S. government assessment of climate change released Friday found that it is affecting the natural environment and will result in more disasters like the recent wildfires in California.

The fires, which killed more than 80 people, along with other disasters like hurricanes will become more frequent and destructive in the U.S. as a result of climate change, according to the Fourth National Climate Assessment.

The assessment says climate change also will affect agriculture, energy production and use, land and water resources, transportation, and human health and welfare across the U.S. and its territories.

The report also warned that climate change is already hurting the global economy and will cost the U.S. hundreds of billions of dollars annually by 2050 unless drastic action is taken to cut carbon emissions.

"By the middle of this century, annual losses in the United States due to climate change could reach hundreds of billions of dollars," it said.

"Without substantial and sustained global mitigation and regional adaptation efforts, climate change is expected to cause growing losses to American infrastructure and property and impede the rate of economic growth over this century," it said.

According to the study, the "impacts of climate change beyond our borders are expected to increasingly affect our trade and economy, including import and export prices and U.S. businesses with overseas operations and supply chains."

Compiled by more than 300 scientists, the Fourth National Climate Assessment Volume II is a congressionally mandated report that spans more than 1,000 pages.

U.S. President Donald Trump dismissed last year's report, and just this week appeared to confuse weather with climate change when he tweeted: "Brutal and Extended Cold Blast could shatter ALL RECORDS - Whatever happened to Global Warming?"

The urgent tone of the assessment clashes with President Donald Trump's position on climate change, which he has described as a hoax. Though he has walked back some of his rhetoric, just last year Trump withdrew the U.S. from the Paris climate accord.

The National Oceanic and Atmospheric Administration (NOAA), one of 13 federal agencies that contributed to the assessment, summarized the report's findings in a statement, saying that the rate of economic growth across the U.S. is increasingly vulnerable to the impacts of climate change.

It warns that "the cascading impacts of climate change threaten the natural, built and social systems we rely on, both within and beyond the nation's borders."

While efforts to respond to climate change have expanded in the last five years, they do not meet the scale needed to avoid substantial damages to the economy, environment and human health over the coming decades, it said.