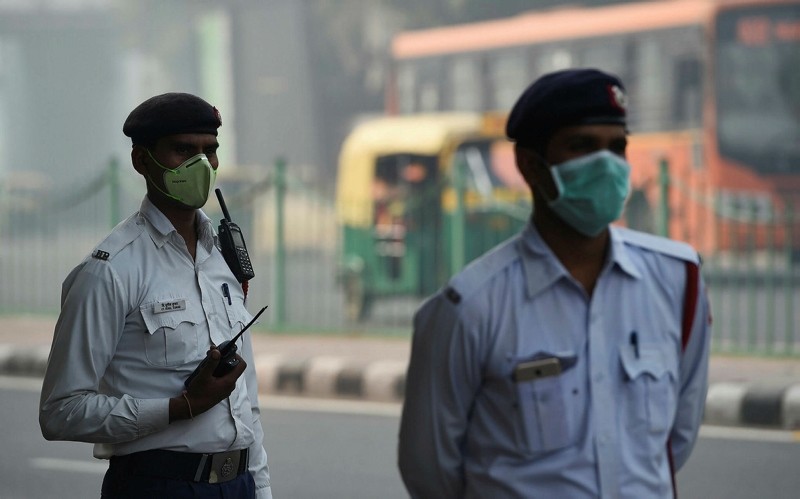 Authorities in New Delhi on Monday implemented urgent measures after monitoring stations in the city recorded among the worst levels of pollution this year.

Delhi's air quality index, which measures the concentration of poisonous particulate matter, ranged at "severe" levels between 445 and 450 since Sunday, according to the Central Pollution Control Board.

The maximum reading on the index is 500 and anything above 400 is considered hazardous to health.

The Environment Pollution Control Authority, a pollution watchdog set by the Supreme Court, banned industrial activities and construction work in and around the capital in view of the toxic pollution.

Police have been directed to stop heavy vehicles including trucks passing through the city and ensure they use peripheral highways.

CPCB official Prashant Gargava said Delhi was facing the highest pollution levels since Diwali, the Hindu festival of lights, in October, that saw widespread use of fireworks.

He said the situation was due to toxic smog trapped over the city, an ongoing cold snap, humidity levels and lack of wind.

Delhi, a city with a population of 25 million, has been ranked among the top polluted cities in the world in recent years.

Toxic smog and spiking pollution have been a regular feature during winters in Delhi, but efforts to check the worsening air quality have not worked so far.

Illegal crop burning, heavy traffic and industry emissions, construction dust and the burning of garbage and fuel for cooking are all factors behind Delhi's winter pollution.