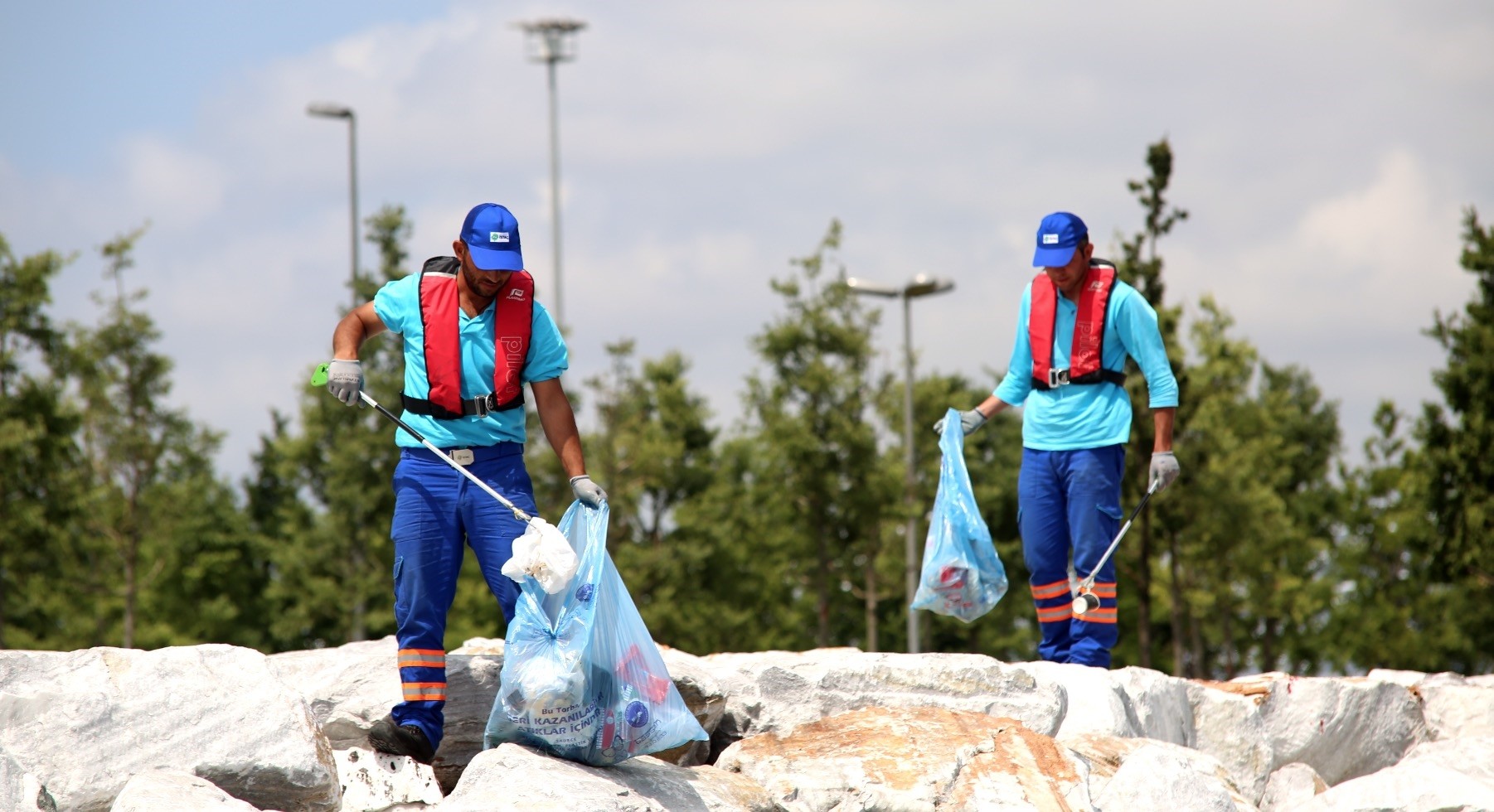 Turkey's fight against plastic and pollution is continuing at full speed. Recently, the Istanbul Metropolitan Municipality (İBB) announced that its workers collected almost 40,000 cubic meters of garbage from the Marmara Sea, its coastal districts and public beaches.

With the slogan, "Keeping our Seas Clean," the İBB's sea and coastal cleaning team works round the clock. The team is composed of more than 500 personnel, two watercraft, four drones, 82 cameras installed along Istanbul's coastlines, 10 cleaning boats and three surveillance boats.

Apart from cleaning activities, the municipality also aims to teach children the importance of keeping our environment clean. As a part of a training program, the İBB has offered classes to more than 6,000 students on environmental pollution and how to prevent it.

'Don't toss it, recycle it'

Speaking to the press Wednesday, the Minister of Environment and Urbanization Murat Kurum said the ministry will initiate a program to encourage people to recycle plastic, paper and glass waste by introducing a deposit system.

According to Minister Kurum, the deposit system will come into force by 2021. He said they will charge extra money for products sold in plastic, metal and glass bottles and will return the money to the consumers when they return the empty bottles for recycling.

The ministry plans to collect up to 90 percent of the plastic, glass and metal waste that circulates in the market. The ministry also plans to turn the deposits into cell phone credit or credit for public transportation.

Apart from the new recycling projects and the fight against environmental pollution, the minister also talked about other measures being taken in order to keep the planet healthy.

Kurum said the use of sprays and other aerosol products which harm the ozone layer has declined by 87 percent thanks to the ministry's hard work.