'I Am Not Plastic:' Marine life can be saved 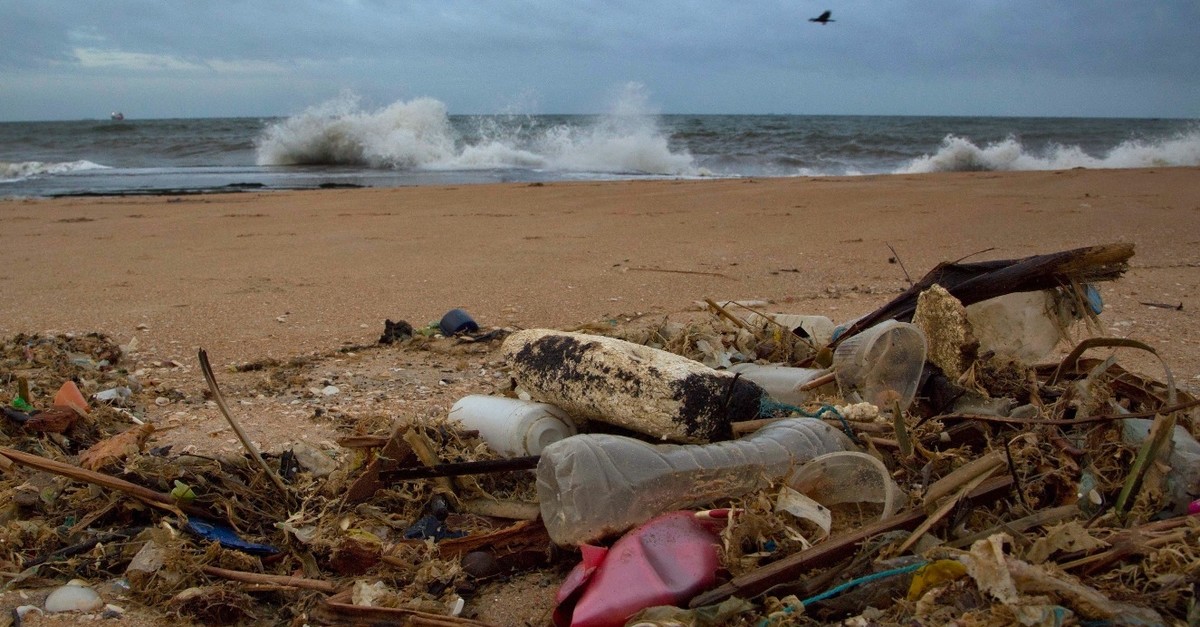 Marine plastic pollution not only poisons the ecosystem in oceans but also mankind and eventually our planet. However, entrepreneurs around the world are working hard to come up with a material to replace plastic and Indonesian company Avani is one step closer to achieving it

A recent report published by the World Wildlife Found (WWF) once again revealed the ugly, naked truth: The global plastic pollution crisis will only worsen unless all actors across the plastic value chain are held more accountable for the true cost of plastics to nature and people. What is worse, the report warns that an additional 104 million metric tons of plastic are at risk of leaking into the ecosystem by 2030 without a drastic change in approach.

Our planet's fight against plastic started a long time ago but in the last few decades, the Earth has lost and unfortunately is unable to sustain the plastic pollution that people have forced on it. So far, more than 270 species have been documented as having been harmed by entanglement in plastics, while more than 240 species have been found to have ingested plastics. Every year humans and animals continue to ingest plastics from food and drinking water, with the full effects still unknown."Our existing method of producing, using and disposing of plastic is fundamentally broken. It's a system lacking in accountability, and currently operates in a way which practically guarantees that ever-increasing volumes of plastic will leak into nature," says Marco Lambertini, director general of WWF International.

About 8 million tons of plastic enter into the sea every year, and at this rate mankind will soon have a future with more plastic in the ocean than fish by 2050. The plastic debris floating on the ocean surface accounts for only 5 percent of all the plastic trash dumped into the sea; the other 95 percent is submerged beneath the surface. Plastic trash has been found in both the Arctic and the Antarctic, and virtually nowhere in the ocean is plastic free, according to the data provided by oceanunite.org.

There are many reasons that underlie our planet's plastic problem. The main and the most obvious reason is the increase in population. As the world's population continues to grow, so does the amount of garbage that people produce. As people have started to live in a disposable way more than any time in history, they require easily disposable products, which usually come in plastic packaging but the accumulation of these products has led to increasing amounts of plastic pollution around the world.

Also being a cheap and affordable product, plastic production has tripled in the recent decades to take care of the ever-rising consumer demands. Because of this quality, plastic has been used to make almost every single utility including plastic water bottles, plastic cans, straws, plastic paper bags, packaging wrappers, carton linings, food containers, lids and the list goes on and on.

Living in an age of consumption makes everything worst for our planet. As urbanization grows and the internet lets everyone know the latest trend, people want to buy more and more, turning our planet into a huge landfill.

Although the use of plastic is being discouraged and even banned in some parts of the world, the efforts are not enough to turn fate in favor of the Earth. However, scientists and entrepreneurs around the world ponder the idea of creating a material that would allow us the convenience offered by plastic but not pollute nature.

For instance a young food engineer and entrepreneur in Turkey has started to produce a plastic-like product from olive seeds. With her company Biolive, which operates at Istanbul Technical University's (İTÜ) Teknokent, Duygu Yılmaz's product can easily dissolved in nature and is healthy for human use. It also increases the shelf life of products and is perfect for children's use.

Avani: I Am Not Plastic 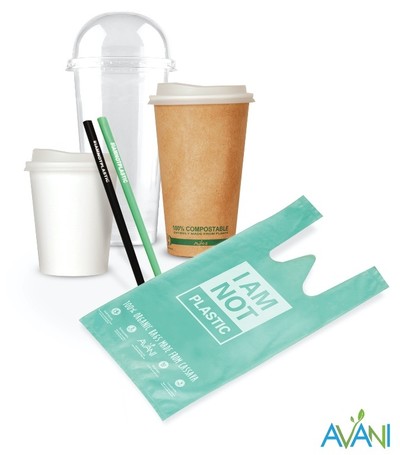 Another one of these entrepreneurs is Indonesian biologist Kevin Kumala who comes from a country that battles plastic waste the most. Seeing the beautiful coasts of Indonesia as well as the water covered in plastic, Kumala decided to find a material that would act like plastic without harming the environment. Luckily, Kumala did not have to search for a solution for too long, as his homeland was rich in the raw material he was looking. Taking the innovative bioplastic work that scientists are doing with soy and corn as his baseline, Kumala discovered that the tropical plant Cassava which can be abundantly found in Indonesia can be turned into an eco-friendly plastic.

Speaking to Daily Sabah, Kumala said he felt the need to take action against the danger that the planet is facing because he was able to see the degree of the pollution first hand.

"I am a surfer and diver so I spend a lot of time in the ocean. There is going to be more plastic by weight than fish in the ocean by 2050 if we do not change our consumption habits. Indonesia is known to be the second marine polluter in the world after China. As a scientist and entrepreneur, I saw an opportunity to help out my country," said Kumala.

For Kumala, the world has not had much time to change the habit of using plastic so he came up with the second-best idea: Provide the people with something that can be dissolved in nature more rapidly.

The products Kumala produces are exactly like plastic but much more durable and certainly more eco-friendly. Sold using the motto "I Am Not Plastic," Avani products are made from the cassava plant - or to be exact the left overs of the plant after it is processed industrially. The products are encouraged to be used as fertilizers as it is made of the plant itself and Kumala underlined that it takes 30 to 180 days for Avani products to dissolve in soil depending on various elements.

Kumala also said that the products cause no harm to marine life and it only takes 130 days for it to dissolve in water.

"Depending on the marine ecosystem, it takes just more than 100 days for our 'plastics' to break apart in the ocean. But our product has also passed from oral toxicity analysis, which means that if it is eaten by any marine animal, it is safe for them. In fact it is seen that some fish are fighting to get a piece of our product as they see it as a food."

Kumala's initiatives as well as Duygu Yılmaz's company Biolive show that there is still hope for our planet. If we can stop the fast-consumption trend and turn to eco-friendlier products, we might still have a chance to leave a better planet for our children.