Pregnant whale found dead with 20 kilos of plastic inside 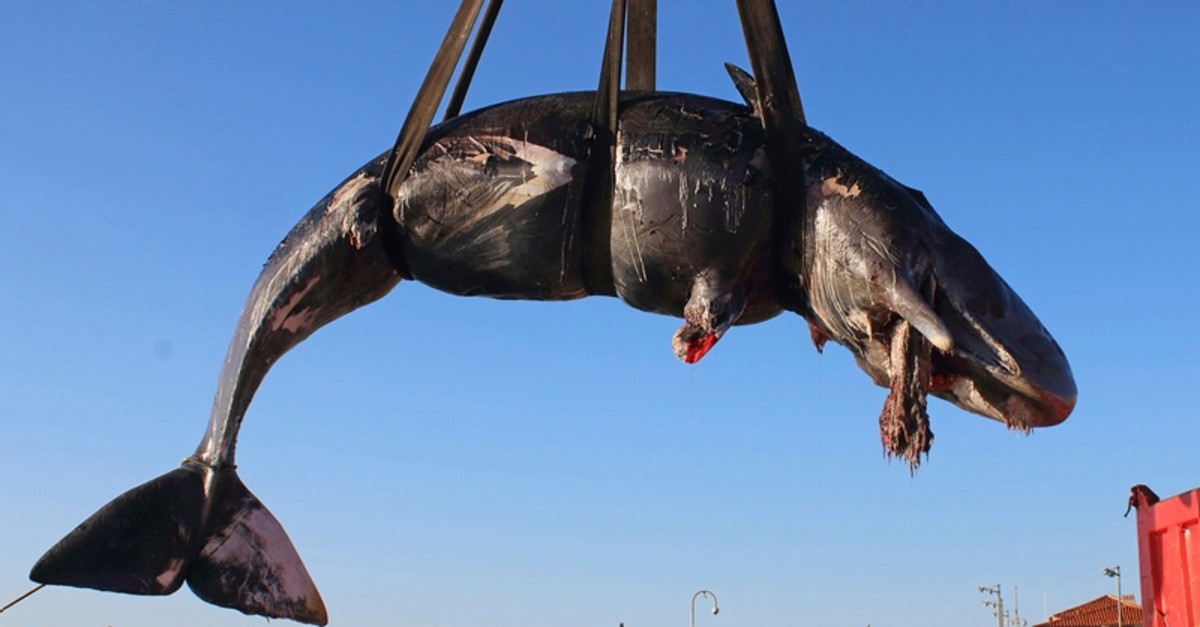 In this photo taken on Friday, March 29, 2019 and provided by SEAME Sardinia Onlus, a whale is lifted up onto a truck after being recovered off Sardinia island, Italy. (AP Photo)
by Daily Sabah Apr 02, 2019 12:06 pm

Marine pollution continues to threaten life under the sea and the latest victim of plastic dumped in the ocean has been a pregnant whale, which washed up on the coast of Sardinia, Italy.

The whale, which was found dead last week, was said to have 20 kilos of plastic waste inside its stomach according to Italy's Minister of the Environment.

The 8-meter-long whale was carrying a dead fetus as well as garbage bags, fishing nets, lines, tubes, a package of laundry soap which was still full and many other plastic objects that could not be identified. 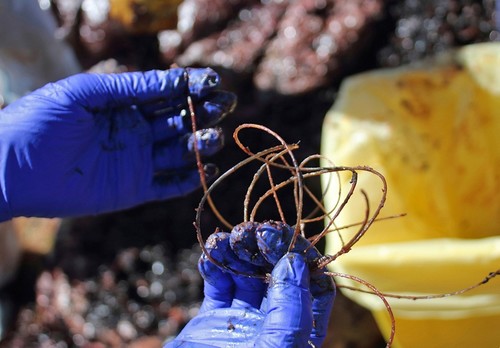 Sergio Costa, Italy's Minister of the Environment, made an announcement on his Facebook account and said Italy as well as other countries around the world must introduce new laws and better policies to protect marine life.

"Are there still some who say that these are not important problems? For me, they are priorities. We have used in a light-hearted way the 'comfort' of these disposable things over many years and today we are seeing the consequences; indeed above all animals are paying the price."

"The war on disposable plastic has begun. And we won't stop here," Costa added.

However, governments around the world have to work faster if they want to keep marine life safe for the generations to come.

About eight million tons of plastic enter into the sea every year and at this rate mankind will soon have a future with more plastic than fish in the ocean by 2050. The plastic debris floating on the ocean surface accounts for only 5 percent of all the plastic trash dumped into the sea; the other 95 percent is submerged beneath the surface. Plastic trash has been found in both the Arctic and the Antarctic and virtually nowhere in the ocean is plastic free, according to data provided by oceanunite.org.