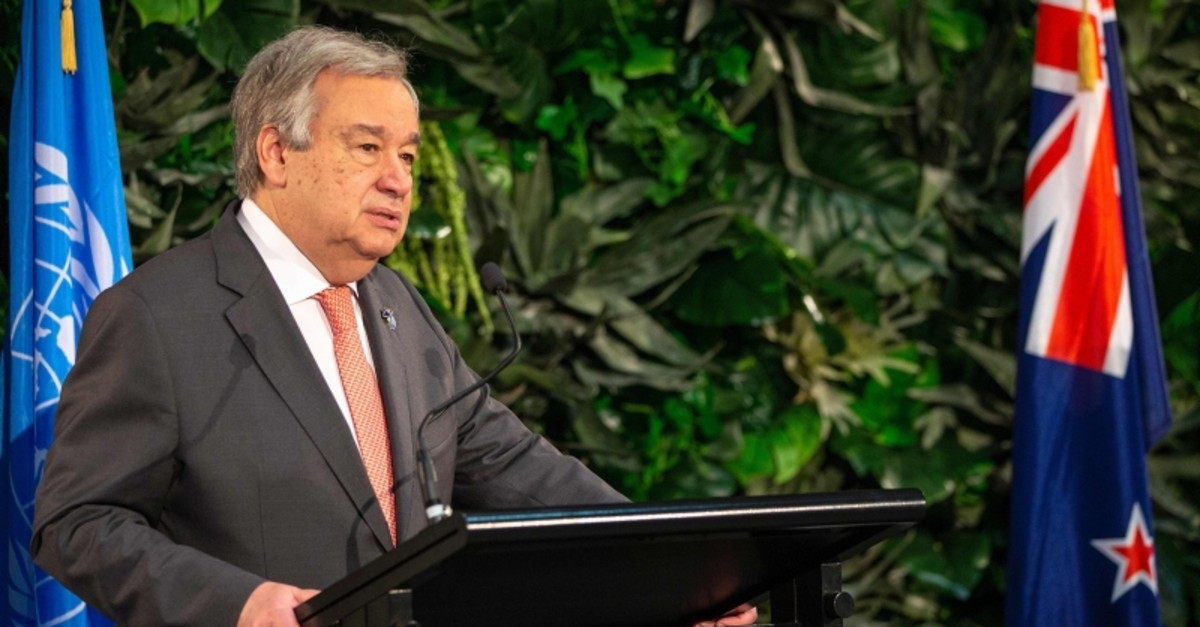 United Nations Secretary-General Antonio Guterres takes part in a joint press conference with New Zealand's prime minister during his visit to Government House in Auckland, May 12, 2019. (AFP Photo)
by Associated Press May 12, 2019 12:49 pm

U.N. Secretary-General Antonio Guterres said Sunday that the political will to fight climate change seems to be fading at the same time as things are getting worse for those feeling the effects.

Guterres made the comments after arriving in New Zealand, where he spoke to media alongside Prime Minister Jacinda Ardern in Auckland. Guterres plans to spend three days in New Zealand as part of a trip to the South Pacific to highlight the problems of climate change.

Guterres said countries were not living up to their commitments under the 2016 Paris Agreement to keep the global temperature rise to below 2 degrees Celsius above pre-industrial levels.

"We are not on track to achieve the objectives defined in the Paris Agreement," Guterres said. "And the paradox is that as things are getting worse on the ground, political will seems to be fading."

He commended Ardern on last week introducing an ambitious bill that aims to make New Zealand mostly carbon neutral by 2050 while giving some leeway to farmers. The bill is expected to come to a final vote in Parliament later this year.

Guterres said Pacific Island nations are on the front line of climate change.

Guterres also plans to visit the island nations of Fiji, Tuvalu and Vanuatu. In Fiji, he will meet with leaders and senior government officials from the Pacific Islands Forum. His trip comes ahead of the Climate Action Summit that he plans to convene in September in New York.

In Christchurch, he will also meet with Muslim leaders following the March 15 slaughter of 51 worshippers by a gunman who attacked two mosques during Friday prayers.

Guterres said he usually visits a Muslim country during the holy month of Ramadan but this year decided to visit Muslims in New Zealand as a tribute to their courage and resilience after the attack.

He said he admired the solidarity New Zealand showed after the attack, and praised Ardern for helping implement new gun control laws and for urging other world leaders and tech companies to find a way to prevent acts of extremism from being shown online, after the gunman livestreamed his attack on Facebook.

Ardern this week plans to travel to Paris, where she and French President Emmanuel Macron will host a meeting seeking to eliminate such acts from being shown online.