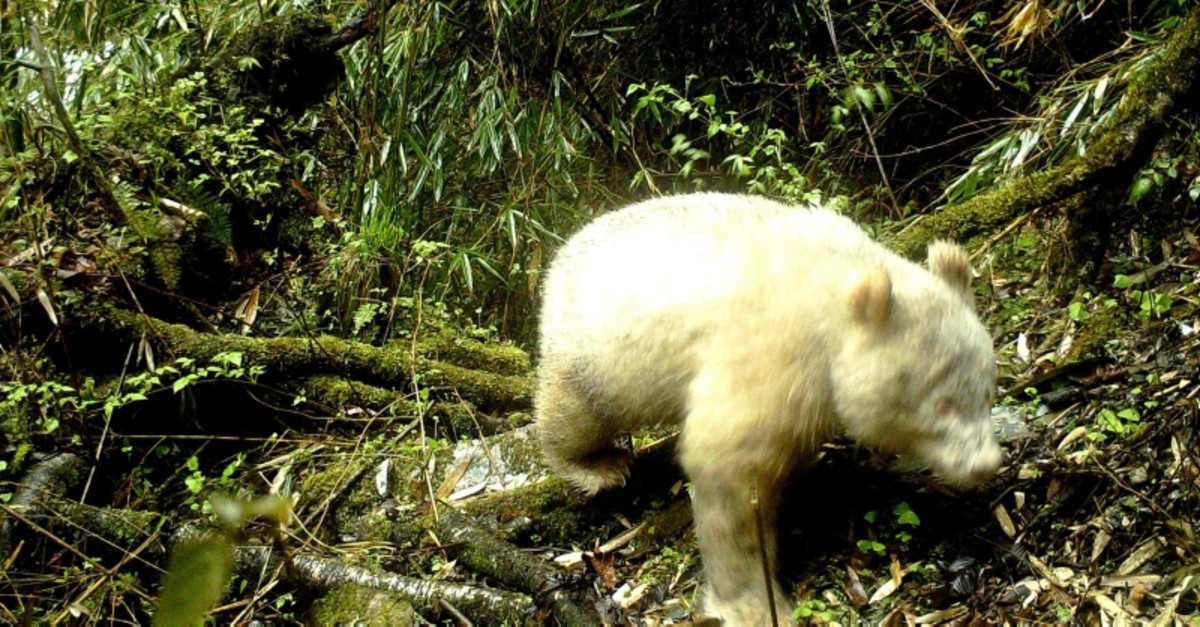 This handout photograph taken on April 20, 2019 and released by the Wolong National Nature Reserve on May 26, 2019 shows a rare all-white giant panda in Wenchuan County, southwest China's Sichuan province. (AFP Photo)
by May 26, 2019 4:48 pm

A rare all-white panda has been caught on camera at a nature reserve in southwest China, showing albinism exists among wild pandas in the region, state media reported.

The spotless, red-eyed animal was photographed while trekking through the forest mid-April in southwestern Sichuan province, said official news agency Xinhua on Saturday.

The panda is an albino between one to two years old, said Li Sheng, a researcher specializing in bears at Peking University, who was quoted in Xinhua's report.

The Wolong National Nature Reserve — where the animal was spotted — told AFP it had no further details about the albino panda.

More than 80 percent of the world's wild pandas live in Sichuan, with the rest in Shaanxi and Gansu province.

There were about 548 giant pandas in captivity globally as of November, reported Xinhua.

The number living in the wild has dwindled to fewer than 2,000, according to the World Wildlife Fund.

Famed for its "panda diplomacy", in which China dispatches the rare animals to other countries as a symbol of close relations, Beijing has invested in different programs to protect its furry ambassadors in recent years.

In 2018, China announced plans to create a bastion for giant pandas three times the size of Yellowstone National Park to link up existing wild populations and encourage breeding of the notoriously slow-reproducing animal.

Pandas are currently listed as a vulnerable species, which means that while their survival is still threatened, conservation efforts have helped reduce their danger of extinction.