Brazil's Amazon deforestation up 20% in past 9 months: monitoring group 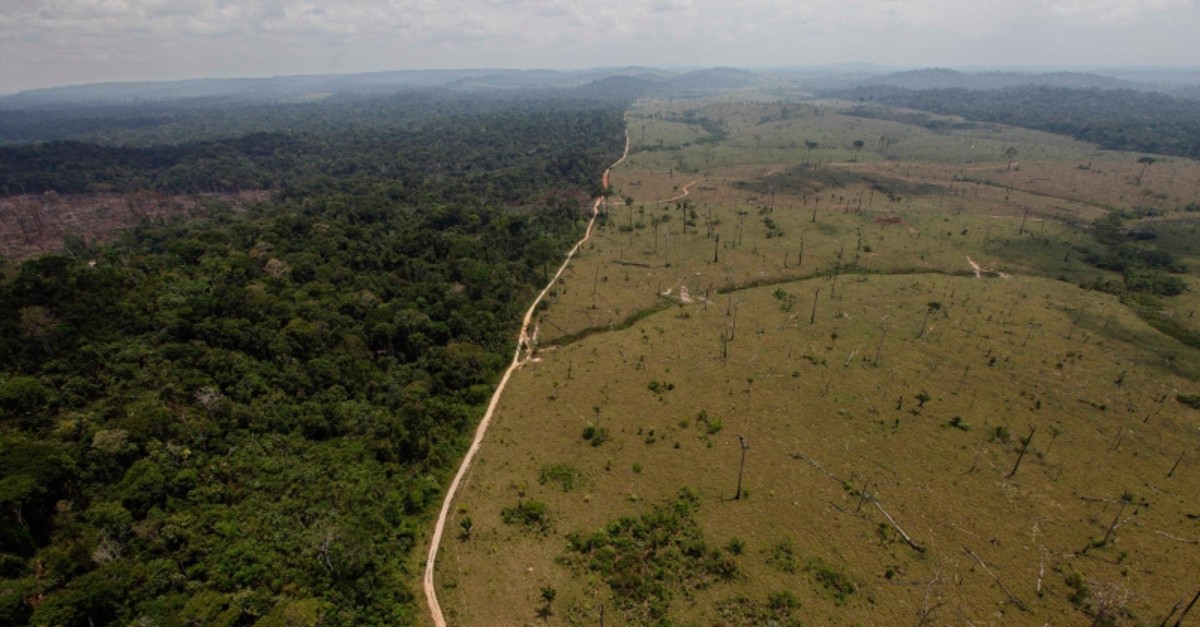 A non-governmental group that has monitored the Brazilian Amazon rainforest for two decades said Monday that the pace of deforestation increased 20% in the most recent nine months.

Imazon said satellite imagery showed the region lost 2,169 square kilometers (837 square miles) of forest from August through April, up from 1,807 square kilometers lost over the same period the previous year.

The group's monitoring year begins with August, to match Brazil's dry season, when logging rates are usually at their highest.

Analysts blame uncontrolled logging and land invasion for much of the loss, some of which occurred in protected areas and Indigenous reserves.

Brazilian President Jair Bolsonaro and his environment minister have questioned the reality of climate change and spoken in favor of expanding mining and industrial farming, including in the Amazon and protected areas. Both believe environmental laws and activist groups often work to hinder Brazil's economic potential.

Environment minister Ricardo Salles said earlier this month that he wanted to overhaul the Amazon Fund, an initiative created to contain deforestation in an area of nearly 7 million square kilometers (2.7 million square miles). He was scheduled to meet Monday with representatives of the German and Norwegian governments, two of the fund's main contributors.

Salles has said his ministry reviewed 103 contracts awarded by the fund to nonprofit groups, about a third of all contracts signed since its launch in 2008. He said the inquiry found "irregularities" in all 103 contracts, but he did not give any specific cases, citing confidentiality clauses until a review by auditors.

Interviewed before Monday's meeting by Globo TV, Salles reiterated his intention to shake up the fund by tightening rules and supervision over the allocation of contracts and the choice of projects that can get funding.

"We want better results to reverse the rise in deforestation," Salles said, saying he wanted "measurable" results and a "return on investment."

Salles said he could not give more details about the ministry's proposed changes before discussing them with Norway and Germany. Brazil's state oil company, Petrobras, is the fund's third biggest contributor.

The fund was created to receive donations to help prevent, monitor and combat deforestation in the Amazon rainforest, a vast area rich in biodiversity and whose preservation is seen as essential to curbing climate change.