Antalya beach closed down for safety of loggerhead turtles 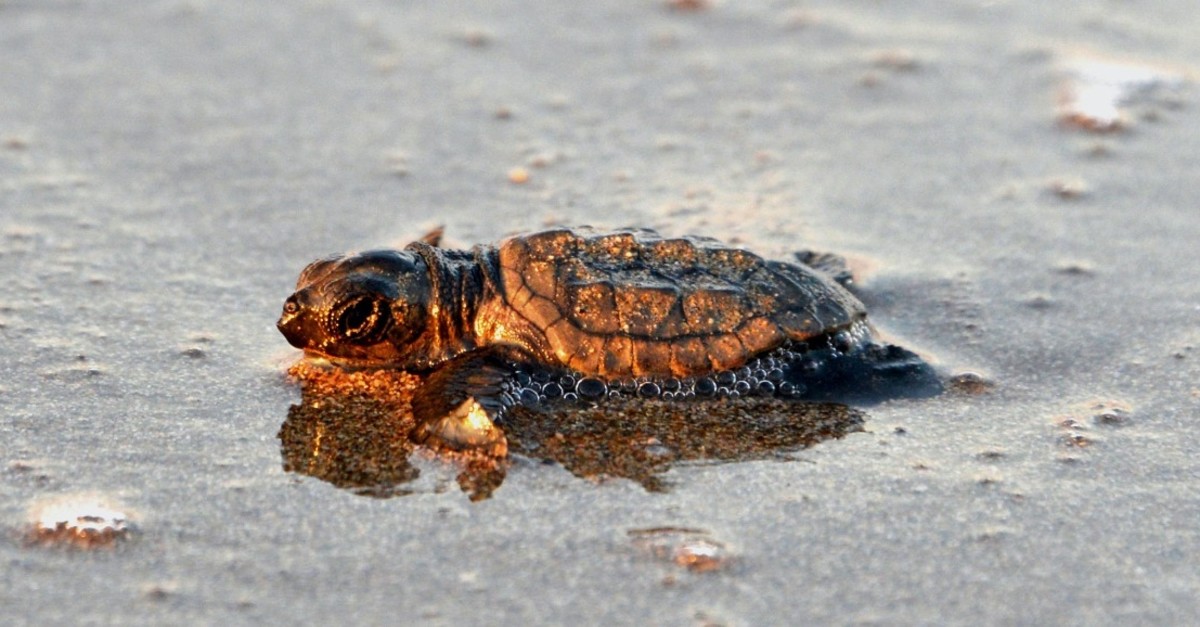 The Aegean and Mediterranean coasts of Turkey are primary breeding grounds for loggerhead turtles, also known as caretta carettas. Facing extinction as their breeding grounds are disturbed, the loggerheads have been the top priority of the local authorities and volunteers in the last few years.

The volunteers and authorities start their watch early in May in order to protect the turtles and help the baby loggerheads find their way back to the sea once they hatch. This year, the volunteers in Antalya's Çıralı Beach had their best year so far as the number of loggerhead babies doubles in the following year. They are ready for more mother loggerheads and are waiting impatiently.

Thirty years ago, Çıralı was planned to be converted into a golf course but since it was a certified breeding ground for loggerhead turtles, the construction stopped and the beach was taken under protection. In 2017, loggerheads built 75 nests and 4,432 babies were guided to the sea. In 2018, there were 151 nests and almost 10,000 babies that found their way to the sea.

So far, Çıralı has been visited by three loggerhead turtles that have laid their eggs. The beach is closed for tourists starting from May 1 and people are only allowed after 09:00 p.m.

"It is forbidden to walk animals, drive motorized vehicles and light fires, even at night," said Rıza Kamil from the Nature Protection and National Parks Directorate, explaining the restrictions in place to keep the loggerhead eggs safe.

Kamil also said that they are organizing educational sessions with local people and tourists to inform them about the importance of the loggerhead breeding grounds and what they should be careful of while enjoying the beaches of Antalya.