World Environment Day: Where are we at? 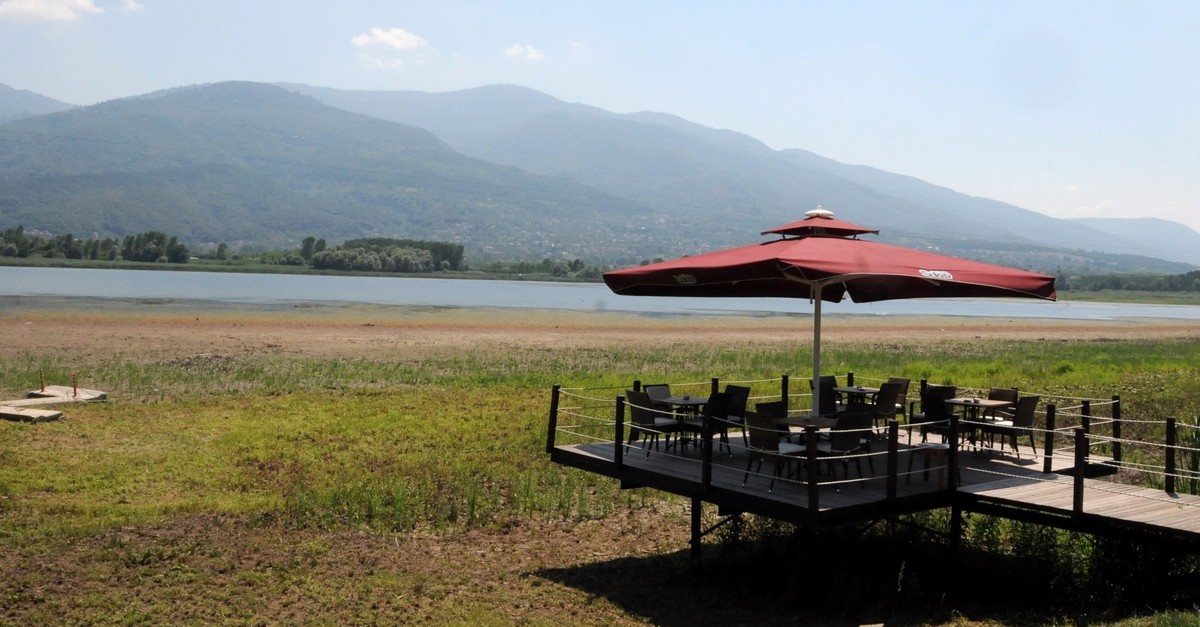 The main water source of Kocaeli and Sakarya provinces, Lake Sapanca suffers from extreme drought.
by Miraç Tapan
Jun 04, 2019 12:12 am

As our planet battles with global warming as well pollution of all kinds, this special day is highly important. According to the data of the World Health Organization (WHO), nine out of every 10 people breathe polluted air which is caused by fossil fuels.

In Turkey, approximately 30,000 people lose their lives due to health problems related to air quality. Lung diseases caused by fossil fuel usage increase every year as well. According to a report prepared by the Chamber of Environmental Engineers, Turkey's air is 33% more polluted than the European average. The same report suggests that fossil fuel usage in Turkey is 88%.

Since the 1980s, the world's water usage increases 1% every year and it is believed that world water usage is believed to increase up to 30% due to the increasing demands of global and local industries. On the other hand nearly 4 billion people in the world suffer from water scarcity at least one month of the year.

Although Turkey is a rich country in terms of potable water, water pollution caused by plastic and other industrial waste unfortunately has begun to pollute Turkey's waters. According to the report, there are a total of 158 water supplies on the surface in Turkey and unfortunately 74% of them are polluted to different degrees.

Apart from the pollution, due to the climate change, Turkey is one of the countries that face draught in the upcoming decades. The data of the General Directorate of State Hydraulic Works announced that water supply per person is 1,350 m3, which makes Turkey a country that suffers from water shortage. In 2030, Turkey's population is expected to hit 100 million which also means a significant drop in water supplies of the country.

Being aware of the dangers we are facing, Turkish people are trying to reduce their water and electricity usage as well as decrease the amount of waste they produce.

According to the data provided by Turkish Statistical Institute (TurkStat), southeastern city of Diyarbakır, Bursa in Marmara region, Şanlıurfa in the southeast, western provinces of İzmir and Manisa are the provinces that use the least water per person. On the other hand, Sakarya in Marmara region, Black Sea province of Trabzon, southeastern cities Gaziantep, Kahramanmaraş and Erzurum in eastern Anatolia are the provinces that use the most water. While Mardin, Diyarbakır, northeastern city of Tekirdağ, Erzurum and Bursa produce the least waste water in Turkey, Trabzon, Antalya, western provinces of Muğla, Aydın and Istanbul produce the most waste water. In Turkey, waste production per person every day is 1.17 kilograms. Approximately each person in Istanbul, capital Ankara and İzmir produces 1.30, 1.14 and 1.32 kilograms of waste every day respectively. While Kahramanmaraş, Trabzon, Mardin, Erzurum and Central Anatolian city of Kayseri are among the provinces that produce the least waste, Muğla, Balıkesir, Aydın, southern province Antalya and Tekirdağ are the top five waste-producing provinces in Turkey.

To minimize the waste that is produced every day, Turkey kicked off the Zero Waste Movement in 2017 championed by first lady Emine Erdoğan. As a part of the project, Turkey mobilized to reduce waste, especially plastic waste and put weight on recycling. The project involves saving everything from paper to discarded metals for future use or for recycling. From ministries to small town restaurants with their own recycling practices, the campaign took hold in the last couple of years.