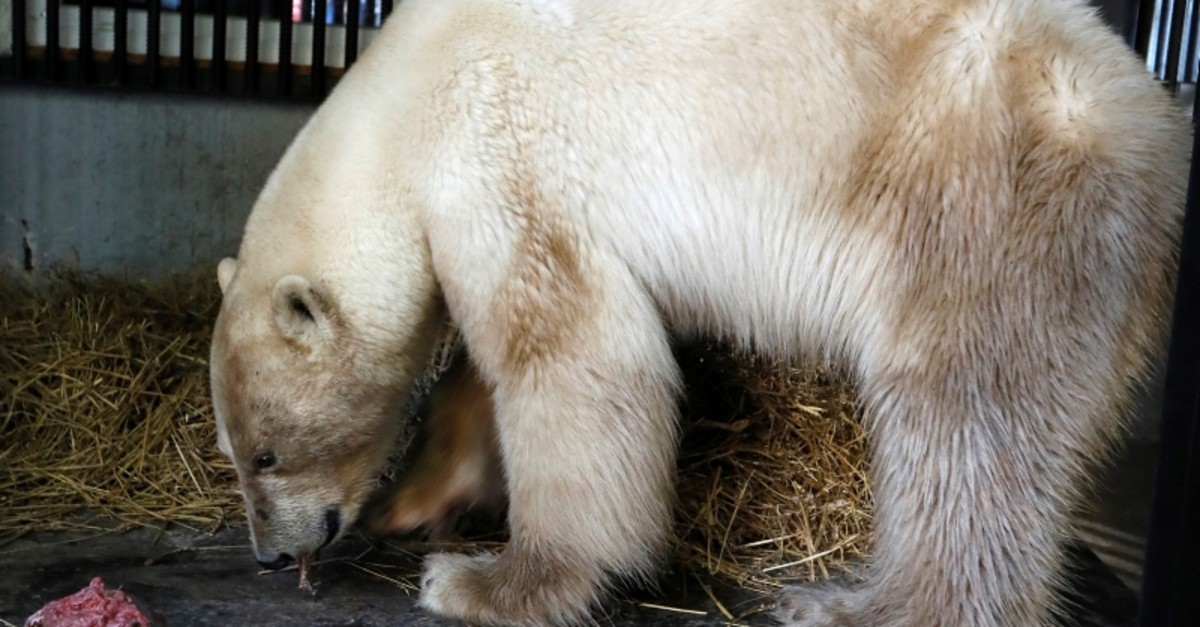 A female polar bear, which was found stray in the industrial city of Norilsk, eats meat inside a quarantine cage after arriving at the Royev Ruchey zoo in Krasnoyarsk, Russia, June 21, 2019. (Reuters Photo)
by Compiled from Wire Services Jun 21, 2019 7:41 pm

An emaciated polar bear seen roaming around an industrial city in Russia far south of its normal sea ice hunting grounds is being transported to a zoo for examination and treatment.

The bear was spotted earlier this week in Norilsk, a city of 175,000 people that above the Arctic Circle but 400 kilometers (250 miles) inland from the sea ice polar bears normally hunt on.

It then became ill and almost died after scavenging for food on a rubbish heap in Norilsk and urgently needed treatment, oil company Rosneft which works in the region said in a statement. The company said it had taken part in the operation to transport the bear from Norilsk to Krasnoyarsk.

"The bear is receiving all necessary treatment and healthy food," it said.

Specialists from the Royev Ruchei Zoo in Krasnoyarsk, the regional capital, sedated the bear on Thursday then flew her to Krasnoyarsk on Friday.

Expanses of ice that traditionally provide natural hunting grounds for polar bears have receded amid relatively high temperatures in the region. Environmentalists say animals are being forced farther south to find food as the Arctic warms.

It was not clear how the bear got to Norilsk. The zoo said on social media it may have been held captive by poachers and then released.