Climate breakdown: One of the world's greatest human rights issues 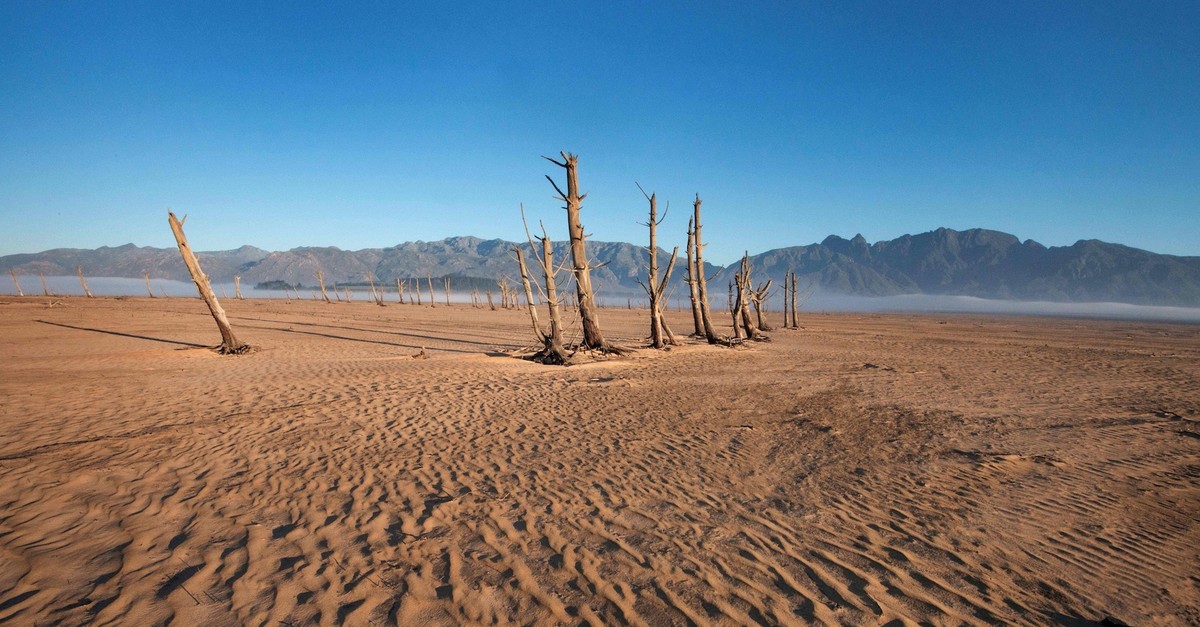 Affecting people from all over the world, global climate change has become one of the biggest threats that mankind has ever faced

Climate breakdown is one of the most serious human rights issues people face, according to an official of a nonprofit environmental group.

"We are already seeing that worst case scenario, from the deadly heatwaves in India that are causing drought and forced displacement of people, to cyclones and hurricanes that are causing flooding and destruction," Kim Bryan, associate director of the 350.org movement, told Anadolu Agency (AA).

Pointing to the negative effects of climate change, she stressed, "It means food supplies failing, fuel shortages, dwindling access to drinking water, and homes being swallowed by the sea. It means forced migration and worsening resource conflict, more frequent and ferocious natural disasters."

Underlining the dangerously rising concentration of greenhouse gasses in the atmosphere, she noted that the world has reached its highest levels of carbon dioxide (CO2).

"When we launched, in 2009 atmospheric carbon was at 400 parts per million (ppm). The 350.org [movement] was named after 350 ppm - the safe concentration of carbon dioxide in the atmosphere. Our goal is to reduce atmospheric CO2 to 350 ppm from the current level of 400 ppm. However this April we reached the highest level of CO2 in the atmosphere at 418 ppm," she said. Bryan underlined that climate change "affects different people with different force in different ways" such as those living in poverty, whose lives are impacted in ways that are also reinforced by the same systems causing climate breakdown.

Bryan described Washington's approach to climate change as being "utterly shameful," with the U.S. withdrawing from the Paris climate agreement in 2017.

Despite U.S. President Donald Trump's administration she said there were also positive actions taking place around the world.

"Ireland for example has divested from fossil fuels, the U.K. has declared a climate emergency, and Costa Rica, Finland, Spain and the U.K. have all committed to net zero by 2050," she added.

She also mentioned that protests and strikes by environmental groups and the redefinition of the issue as "climate breakdown" rather than "climate change" as additional positive steps.

Emphasizing that a transition to renewable energy was "entirely possible," Bryan argued that the prospects for decarbonization were not far off.

"Most countries already have decarbonization scenarios, what is lacking is the political will to implement it," she said. With solar and wind set to become the new "workhorses of the future," sources of renewable energy will play a key role in the global energy system as they do not contaminate the environment, are not exhaustible and reduce the use of fossil fuels.

Achieving this goal of shifting to renewable energy, she underlined that people should participate actively at global level.

"We believe that in order to stop the fossil fuel industry from killing our climate and communities it will require active and sustained participation of people across the world, from all walks of society," Bryan said.

Bryan emphasized the importance of international days to raise awareness on climate breakdown, criticizing the use of those days as merely symbolic celebrations.

about celebrating one symbolic day," she said, adding that wind energy should be celebrated "every day," as a commercially viable form of zero carbon electricity.

Global Wind Day is a worldwide annual event on June 15 marked with a series of activities to raise public awareness on climate change and the shift away from carbon-based energy to renewables like wind.

The 350.org group was founded in 2008 by a group of university students in the U.S. along with author and environmentalist Bill McKibben. The group espouses the goal to shift 100% to publicly owned renewables and tackling the climate crisis. The group, which works in 188 countries across the world, was named after the aim of reaching the safe concentration of 350 parts per million of carbon in the atmosphere.