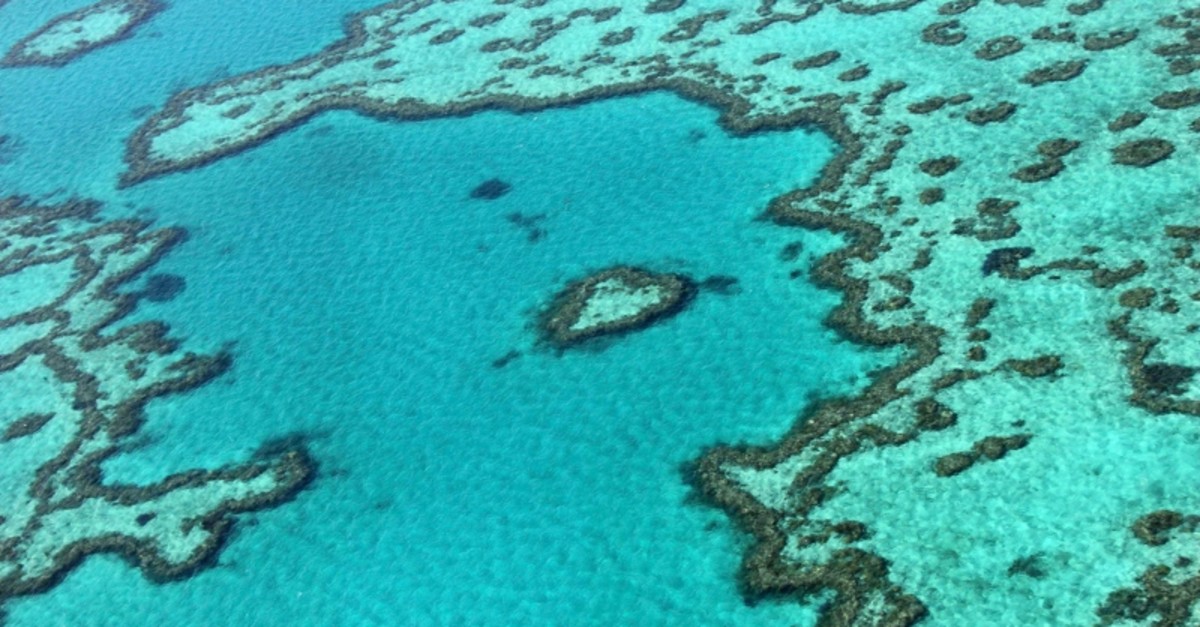 This file photo taken on November 20, 2014 shows an aerial view of the Great Barrier Reef off the coast of the Whitsunday Islands, along the central coast of Queensland (AFP Photo)
by Aug 09, 2019 11:41 am

Marine heatwaves are killing coral reefs far more quickly than previously believed, according to a new study released on Friday.

Scientists have known that rising sea temperatures blamed on global warming can severely damage reefs through a process of "bleaching," where the high temperatures kill the colorful algae covering and nourishing coral.

Repeated "bleaching events," such as ones which hit Australia's Great Barrier Reef in 2016 and 2017, can eventually kill the coral in a process which takes months or years.

If sea temperatures ease, bleached corals are able to regenerate.

But the new study found that severe marine heatwaves can actually degrade the skeletal structure of the coral, potentially killing the organisms in a matter of days or weeks.

"The severity of these heatwave events is beyond the bleaching process, it's actually a point where the coral animal itself is dying," said Tracy Ainsworth, a co-author of the study from the University of New South Wales.

The study, which also involved researchers from the University of Newcastle in Britain, Australia's James Cook University, the University of Technology Sydney and the U.S. National Oceanic and Atmospheric Administration, used CT scans of coral reefs to monitor the impact of extreme temperatures.

Scott Heron from James Cook University said the rapid dissolving of coral skeletons after severe heatwaves came as a surprise.

"Climate scientists talk about 'unknown unknowns' -- impacts that we haven't anticipated from existing knowledge and experience," he said.

"This discovery fits into this category. As we begin now to understand this impact, the question is how many more of these 'unknown unknowns' might there still be that could bring faster and greater damage to coral reefs from climate change," he said.