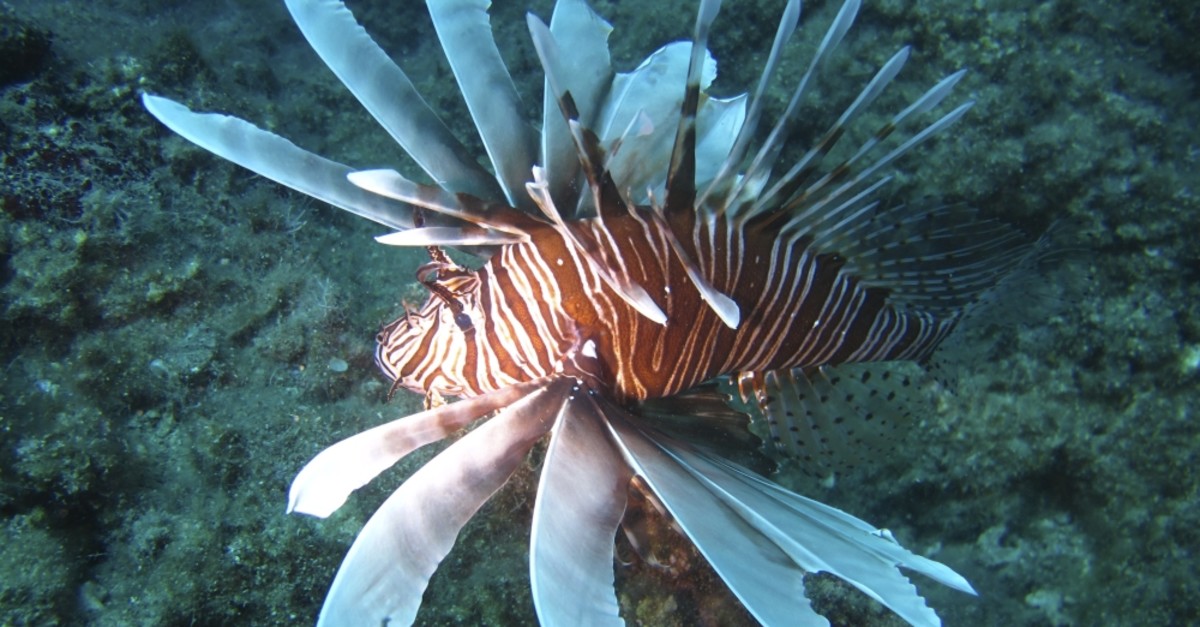 As the center of the most recent geopolitical debate, the Eastern Mediterranean is also the hub of vibrant marine life and biodiversity. To showcase that, Turkey's Marine Research Foundation (TÜDAV) will be opening a photo exhibit inside the Headquarters of the United Nations in New York next week on Aug. 19. The "Let's Discover the Turkish Seas" photo exhibition will be opening during the week of the Intergovernmental Conference on Marine Biodiversity of Areas beyond National Jurisdiction. The Turkish Foreign Ministry and Turkey's Permanent Mission at the U.N. will be the patron of the exhibit.

Seas and coasts are among the most threatened ecosystems of the world. No marine area is unaffected by human activity. We know that the demand for seafood continues to grow as the world population increases, fishing continues to increase and aquaculture is a growing trend. We need to support blue growth to halt poverty and encourage prosperity for all societies. As a peninsula country surrounded by four seas, over 30% of the Turkish population lives in the coastal areas and depends heavily on seas and coastal resources for survival. Besides, Turkey includes offshore deep seas important for biodiversity, fisheries and blue growth.

In recent years, however, Turkish seas have been threatened by overfishing, climate change, alien species, the degradation of habitats, various sources of pollution and so on. Only healthy, well-managed and productive marine and coastal ecosystems can support a stable economy and livelihoods in the coastal areas of Turkey. The seas also connect Turkey and neighboring countries. This is why the preservation of the Turkish seas is of vital importance not only for Turkey but also for the adjacent regions. The Mediterranean Sea is characterized by a high diversity of life, ecosystems and physical features, ranging from shallow-water ecosystems to the deepest and most remote features such as canyons and abyssal plains, both within and beyond the areas of national jurisdiction. Biodiversity hot spots can be found in the deep sea, including seamounts. For example, deep and cold-water coral is also known to be found in the Mediterranean Sea, but is now under severe threat due to overexploitation and temperature increases. They need much more stringent protection.

TÜDAV, as a partner of the High Seas Alliance, will offer a new photo exhibition to reveal the underwater richness of Turkey and also to draw attention to the dangers offshore.

From rescued whales to endangered groupers

In the exhibition, 34 photos symbolizing the four seas of Turkey will be presented in the headquarters, where 193 countries are represented. With this organization, it is intended that more people will learn about Turkey's seas and underwater richness.

The photographs to be exhibited include a sperm whale rescued in Fethiye in 2002, sea creatures affected by global climate change, foreign invasive species and their effects, sharks under protection, sea meadows under threat and endangered groupers.

Photographs of fish farms, which have become important for the blue economy, fish production and female fishermen are among the significant elements of the exhibition, while migratory species such as thunnus, Atlantic bonito and sea turtles are among the sea creatures featured in the exhibition.

The exhibition will also discuss the activities of TÜDAV over the growing plastic pollution in the world's seas and oceans.

'It will contribute to our image in the Mediterranean'

Professor Bayram Öztürk, the head of TÜDAV, stressed the need for sustainable fishing and marine protected areas in the Mediterranean and the Black sea:

"Turkey is the only country with coastlines on the Black Sea and the Mediterranean. Effects of climate change on both seas are dramatically visible in terms of pollution, overfishing and the creation of different species. The future of these two seas depends on us. We, as Turkey, would like to share our experiences and protective measures with our friends in the U.N."

"The exhibition will contribute to Turkey's image in the recent debates about the search for energy resources in the Eastern Mediterranean. Besides, our five marine science experts will discuss different projects at the conference on offshore protection and management in New York," he added. The photo exhibit is, for now, only a small and symbolic example of what Turkey aims to do in terms of collaboration and marine protection in the Mediterranean. TÜDAV aims to take the exhibit to London and Paris in the coming months. The exhibit will be located at the U.N. Headquarters 1-B Neck Area by the Vienna Cafe and will be open until Aug 23.