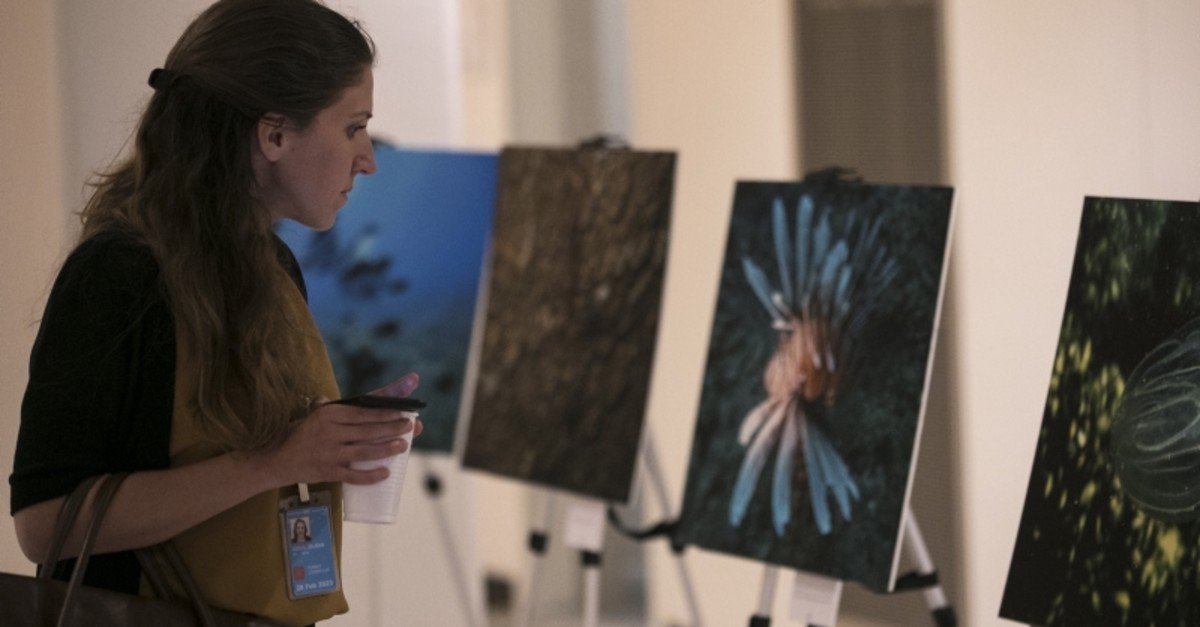 An exhibition on the ecology of Turkey's seas, organized by the Turkish Marine Research Foundation (TÜDAV) to promote biodiversity in the seas, has opened at the United Nations Headquarters in New York.

The photos feature sea creatures affected by global climate change, invasive species and their impact, protected sharks, endangered seagrasses and endangered grouper fish. A photo of the sperm whale that was rescued in 2002 in the Fethiye district of southwestern Muğla province is also part of the series.

The exhibit, which will be open through Friday, also highlights the importance of fisheries, fishermen and fisherwomen in the blue economy, or the sustainable use of ocean resources to promote economic growth and improve livelihoods while protecting marine ecosystems' health. 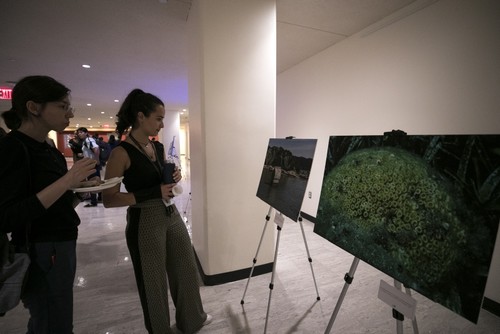 Turkey's permanent representative to the United Nations, Feridun Sinirlioğlu, who inaugurated the exhibition, said the seas surrounding three sides of Turkey play an important role in the country's socioeconomic development.

Sinirlioğlu noted that the health of oceans and seas is critical to the economic, social and environmental well-being of the planet, but is now facing increasing danger due to climate change. He underlined that global greenhouse gas emissions have reached dangerous levels, with global temperatures reaching record levels for the past four years and sea levels rising.

TÜDAV President Bayram Öztürk said that Turkey is the only country with coastline on both the Black Sea and Mediterranean Sea and this brings with it the responsibility to protect vitally important biodiversity.

Turkey is surrounded by the Black, Marmara, Aegean and Mediterranean Seas to the north, west and south, respectively. The Ministry of Agriculture and Forestry this year stepped up efforts to protect against invasive threats to marine biology, which have increased since the 2016 opening of an expansion to the Suez Canal. Rising seawater temperatures and increasing maritime traffic are also threatening Turkey's marine ecosystems.