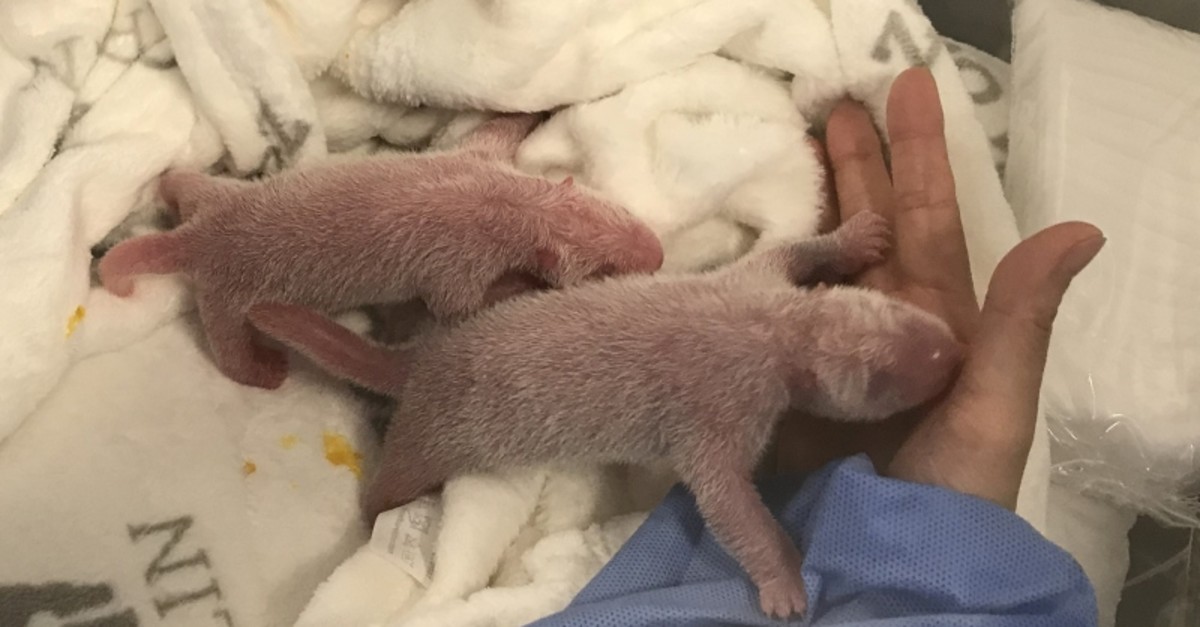 Berlin zoo said Monday its resident panda Meng Meng had delivered twins, as it voiced delight at the first such births in the country.

"Meng Meng became a mom - twice! We are so happy, we are speechless," the zoo said on Twitter, also posting a video of the new mother guiding one of her pink babies to feed.

The births are particularly rare as it is notoriously hard to breed pandas.

The panda delivered its first cub on Saturday evening. About an hour later, a second baby was born.

"Meng Meng and her two cubs coped well with the birth and are all in good health," zoo director Andreas Knieriem said.

At birth, the pink cubs, with their fine white down and disproportionately long tails, bear little resemblance to the adult black and white bears.

Their genders have not been determined, the zoo said, although the two cubs weighed in at 136 and 186 grams.

On loan from China, Meng Meng and male panda Jiao Qing arrived in Berlin in June 2017 to great fanfare.

Famed for its "panda diplomacy", China has dispatched its national treasure to only about a dozen countries as a symbol of close relations.

The zoo pays $15 million (13.4 million euros) for a 15-year contract to host them, with most of the money going towards a conservation and breeding research program in China.

While the cubs are born in Berlin, they remain Chinese and must be returned to China within four years after they have been weaned.

China has previously given three pandas to Germany but the last one, 34-year-old Bao Bao, died in Berlin in 2012, having become the oldest male panda in the world.

Just over 400 pandas live in zoos around the world, in conservation projects set up with Beijing.