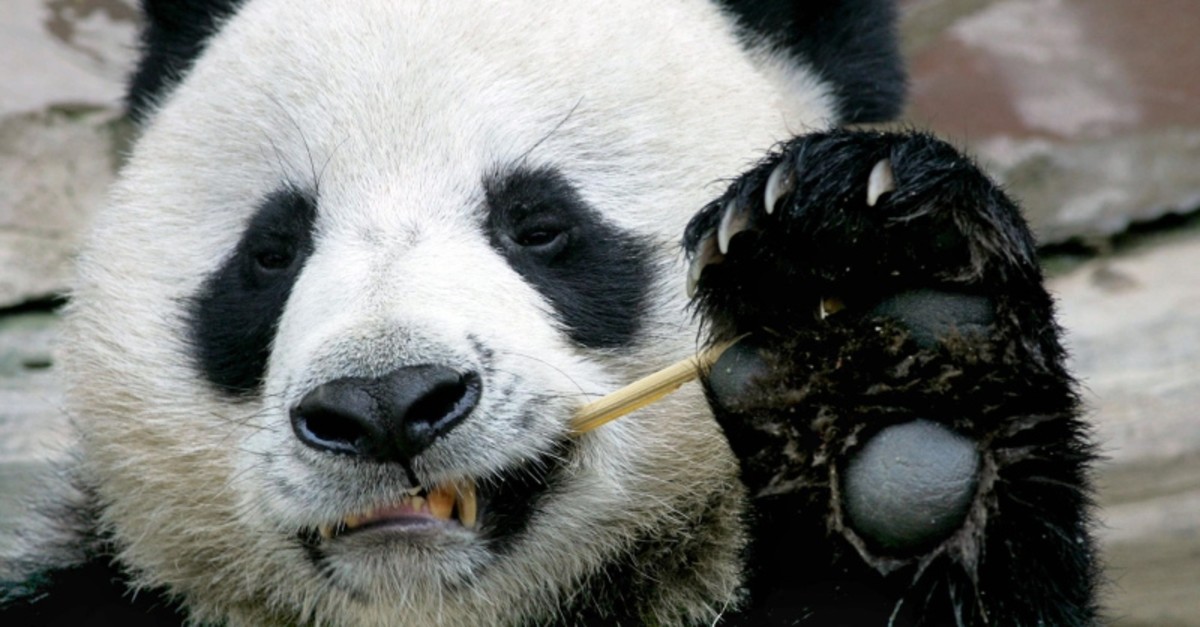 This Sept. 3, 2005, file photo, shows Chuang Chuang, a giant panda on loan to Thailand from China, eating bamboo at the Chiang Mai Zoo in northern Thailand. (AFP Photo)
by Compiled from Wire Services Sep 19, 2019 11:09 am

Animal experts from China arrived Thursday in Thailand to investigate the unexpected death of a giant panda in a zoo in the northern city of Chiang Mai, Thai officials said.

Photos on Wednesday showed Thai mourners and zoo staff laying flowers near the empty enclosure of Chuang Chuang at age 19 at the Chiang Mai Zoo.

"We loved and nurtured him so much. I hope everyone will miss him like we do," zoo keeper Kannikar Chantarangsi told reporters on Tuesday.

The cause of death has not been released. Pandas generally live 14-20 years in the wild but can live up to 30 years in captivity, according to the WWF animal welfare organization, so Chuang Chuang's sudden death has raised questions about his care.

"The Chiang Mai Zoo will wait for experts from China to arrive. All the relevant Chinese agencies have been informed and we will conduct the autopsy together," Wuttichai Muangmun, director of Chiang Mai Zoo told reporters.

China "urgently dispatched panda experts" to investigate the cause of death, according to a statement released by Chiang Mai Zoo Thursday, and a Chinese-Thai "joint working team" will perform an autopsy.

Thailand has long obsessed over Chuang Chuang and Lin Hui, as the notoriously sex-shy pair had struggled to conceive and were shown video clips of successful panda couplings in an attempt to stir their libidos.

The news has struck a chord among Chinese internet users, as trending discussions on the "suspicious circumstances" of Chuang Chuang's demise drew more than 260 million views on social media platform Weibo.

Users criticized the zoo for giving him mature bamboo — usually harder and used to make furniture — as food, though it remained unclear if photos shared were actually of Chuang Chuang.

They also expressed concerns for his female counterpart, using a hashtag "We want Panda Lin Hui to come home."

The pair has been on loan to Thailand since 2003. They were "married" in November 2005 at a traditional Chinese wedding ceremony overseen by a Chinese diplomat to mark the zoo's 28th birthday.