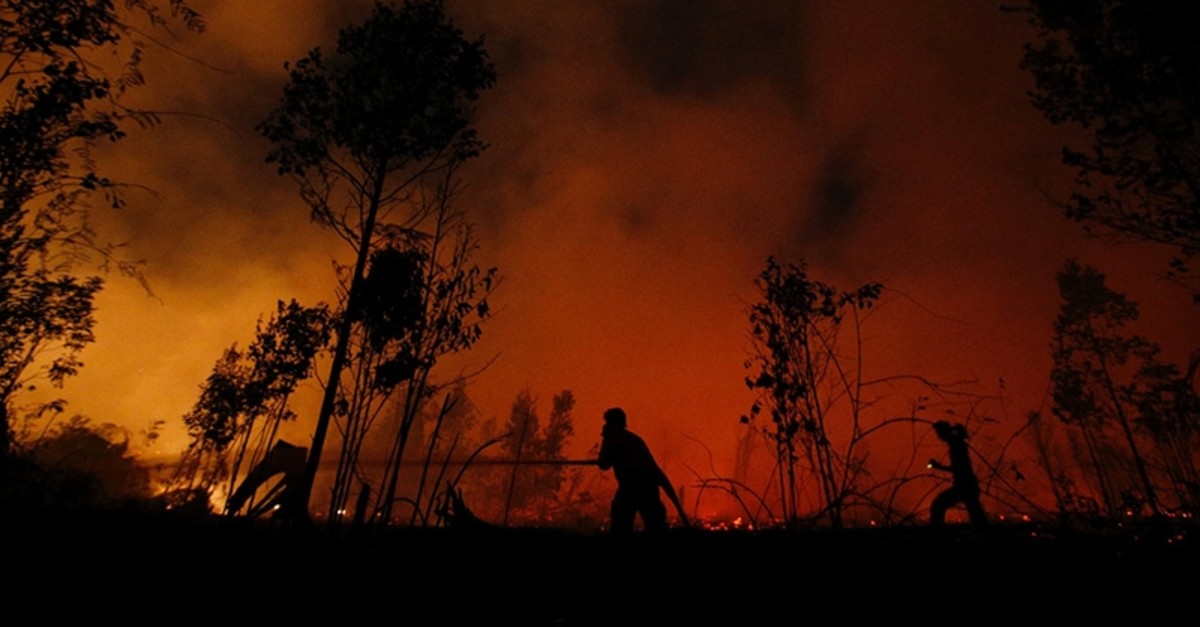 While smoke from forest fires in Indonesia often simply obscures visibility with a choking haze, parts of Sumatra island recently witnessed blood red skies due to the interaction of sunlight on particles from smoke in the air.

Yunita, a resident who filmed the crimson sky on Saturday, said there had been "strong winds, and the smog was thick. The event lasted from noon until evening, breathing was quite hard on that day".

The event quickly went viral on social media, with one video notching up over 600,000 views on Instagram in three days.

In order for a red sky to occur aerosols must be present in the air, A. R. Ravishankara, a U.S.-based scientist was cited in an article posted on the website of Scientific American.

Aerosols are solid or liquid particles suspended in the air that can originate from both natural processes and human activity.

The natural form can come from forest fires, dust kicked up by sandstorms, sea spray or volcanic eruptions, among other things. Indonesia's meteorology agency said the sky had turned red in parts of Sumatra due to the "scattering of sunlight by particles floating in the air, also known as Mie scattering".

The agency said that there had been very thick smoke in the Muaro Jambi area of Sumatra last weekend with satellite analysis revealing many hot spots.

"The smoke from the forest fire was different than other areas experiencing forest fires," the agency said.

The satellite showed some areas appeared brown but Jambi appeared white, indicating the smoke to be very thick," the agency said, noting the fires were likely from highly flammable peat. For some Indonesians, it was as mysterious as it was concerning. "This is the earth not Mars. This is Jambi not outer space....We are humans who need to breathe clean air, not smoke," said one Twitter user @zunishofiyn.