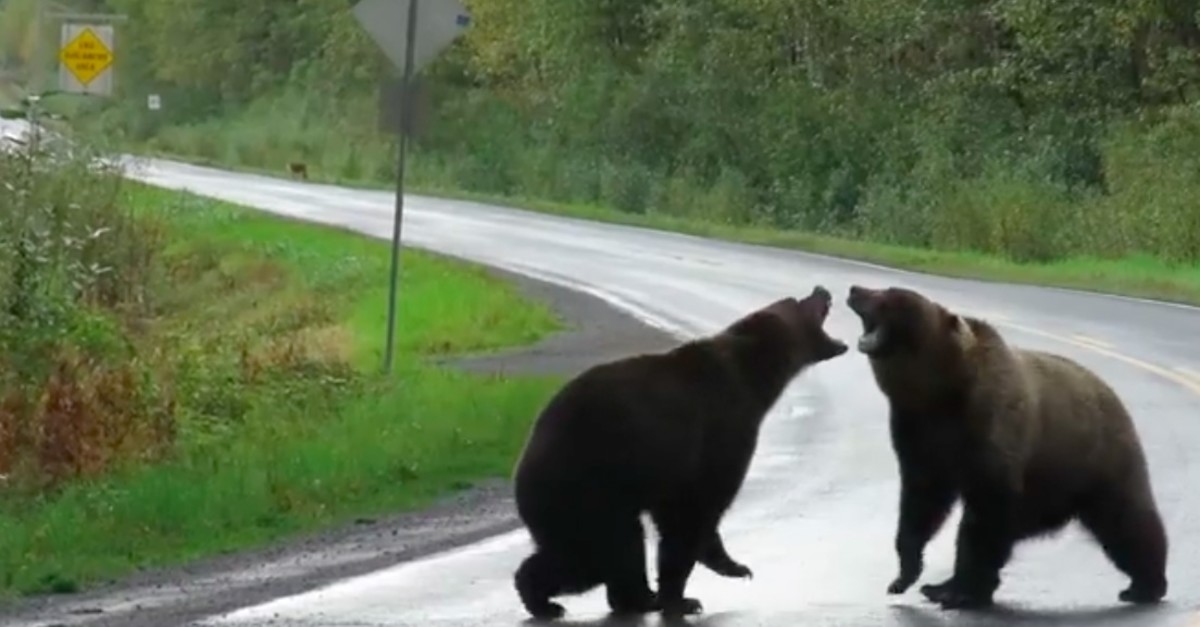 The rare footage of two grizzly bears fighting on a highway in Canada's British Columbia became a hit among thousands of viewers last week.

The video was recorded by Cari McGilllivray, who posted it on Facebook.

In the video, the two bears are seen fighting with each other on the provincial highway 37 in the westernmost Canadian province as a wolf watches them from a distance.

The bears start the scuffle by growling and roaring at each other, then take it a step further by shoving and pushing one another.

The video has gained over 2 million views and over 73,000 shares since it was posted.