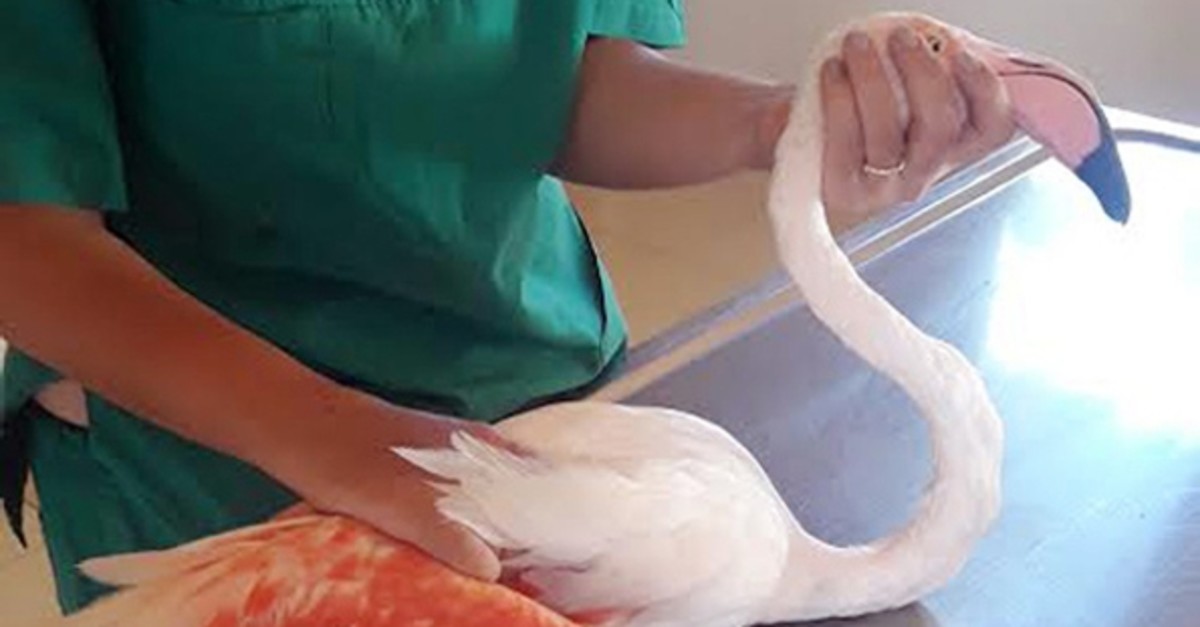 A flamingo that was shot with a firearm while it was migrating in Turkey's southern Antalya province is receiving treatment.

The injured flamingo was found in the Kundu coastal area in Muratpaşa district. Those who spotted the bird notified the local branch of the General Directorate of Nature Protection and National Parks.

Upon locating the flamingo, the directorate sent it to Antalya Metropolitan Municipality Zoo for treatment.

The flamingo will be released to its natural habitat after its treatment is complete.

Turkey's many coastal regions and lakes provide an important stopover or nesting grounds for many bird species, including flamingos. Flamingos arrive in late winter and spring to lay their eggs, especially in Lake Tuz in central Aksaray province, where they remain until the end of summer. They are a protected species under the Ministry of Environment and Urbanization.