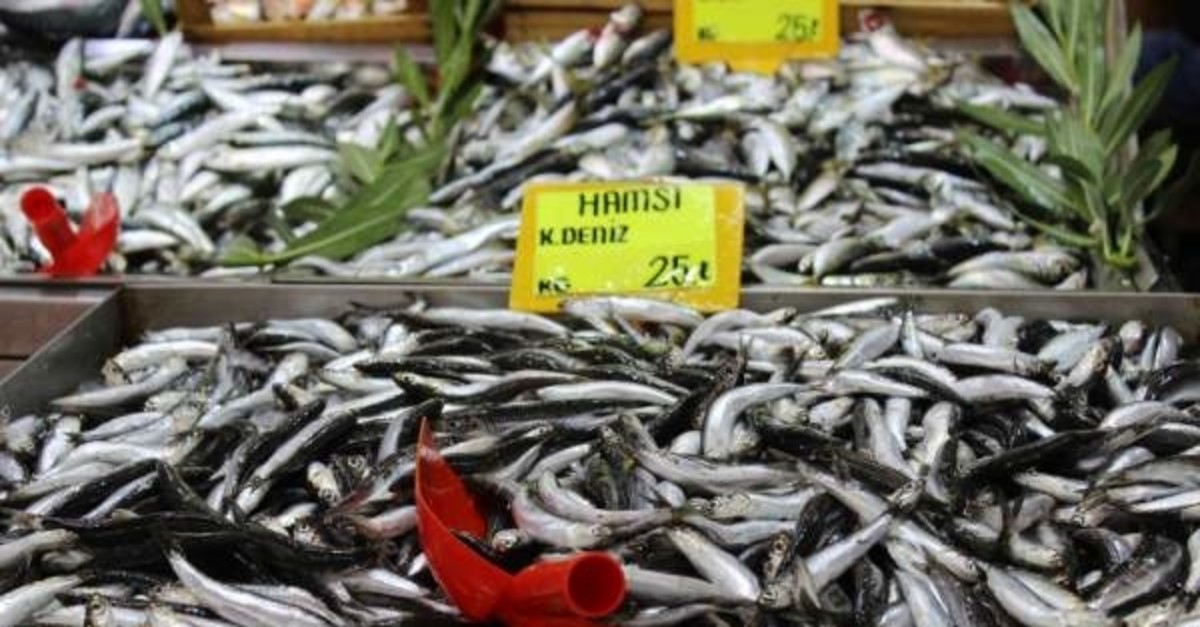 As the Black Sea warms due to climate change, fishermen are returning empty-handed despite the end of a fishing ban last month. Experts warn of further shortages unless temperatures go down again

Global climate change is taking its toll on the Black Sea as well. It has been more than a month since a fishing ban was lifted but fishermen in the Black Sea are yet to return with big catches. Experts have tied the declining catches to higher water temperatures.
Fish markets brim with an abundance of different species but the amount remains low, pushing prices further up and worrying the fishermen, sellers and consumers alike.
Fishermen are disappointed with the bonito catch that drives revenues and pin their hopes for the new season on European anchovy, a small fish popular in Turkish cuisine.
The Black Sea is home to large schools of anchovy but as the waters are still warm and the fishing season is passing fast, their revenues may see a drop this year.
Soner Bilen, an associate professor at the Faculty of Fisheries at Kastamonu University, said there is no way for “efficient” fishing in the Black Sea this year unless there is a change in temperatures.
Speaking to Anadolu Agency (AA), Bilen said current temperatures fluctuate between 19 and 21 degrees Celsius, far above the regular season temperatures of between 10 and 12 degrees Celsius.
He said observations indicate a long-term increase in temperatures and temperatures that should have been as low as 6 degrees Celsius did not sink that much this year.
“We saw a sudden, extraordinary rise in temperatures and it affected all species. The temperature should be as low as 7 degrees Celsius for the fish to grow but it was around 12 degrees most of the time. Species like anchovy and sardine could not form their schools and hence, hindered smaller catches,” he said.
Bilen also explained that the food pyramid in the Black Sea was disrupted due to rising temperatures.
“There is plenty of fish, from bonito to anchovy in the Black Sea but they are scattered. So, it is not possible to catch them with nets. Unless temperatures decrease, we cannot expect much from fishing,” he said.
Climate change has also played a huge role in disasters such as flash floods and landslides in the wider Black Sea region this year.
For the last 40 years, the Black Sea's water temperature in the summer has been at an average of 19 degrees Celsius. But this year, the water temperature has gone up to 26 degrees Celsius, distorting the atmospheric balance. This distortion has increased rainfall in the region, causing thousands of people to lose their homes.
The director of Meteorology in Trabzon, Abdullah Ceylan, told Demirören News Agency that due to heavy rainfall in the region, the soil has absorbed all the water it can and further rainfall can cause landslides.
Professor Osman Bektaş of Karadeniz Technical University also agreed that the sudden change in temperature is causing heavy rainfall in the Black Sea region.
"According to the scientific research done in the last couple of years, the eastern Black Sea is getting warmer than the western Black Sea as a result of global climate change. This has caused more rainfall and floods, damaging lives and property," said Bektaş.
Bilen said Turkey is still “lucky” for fisheries, especially for European anchovy.
“This is a species that can be caught best in Turkish waters. The Black Sea has two different anchovy species and one with schools between Trabzon and Georgia and the other migrates between Trabzon and Russia and travels on Romanian and Bulgarian shores before returning to Turkey,” he said.
“It reaches the size fit for catching only when it is in Turkish waters and under the right circumstances, you can catch 200,000 tons of anchovies. Some 60,000 tons of this are used for oil and flour making. In a sense, it contributes to the economy indirectly as well,” he added.
Turan Akın, who heads a fishermen’s cooperative in Evrenye, a Black Sea fishing town in Kastamonu, said they suffered from a lack of bonito and anchovy.
“Bonito used to be abundant in mid-August every year but we rarely catch it though it has been more than one month [after the ban was lifted]. Anchovy is rarer,” he complained.
Last Update: Dec 20, 2019 1:04 am
RELATED TOPICS