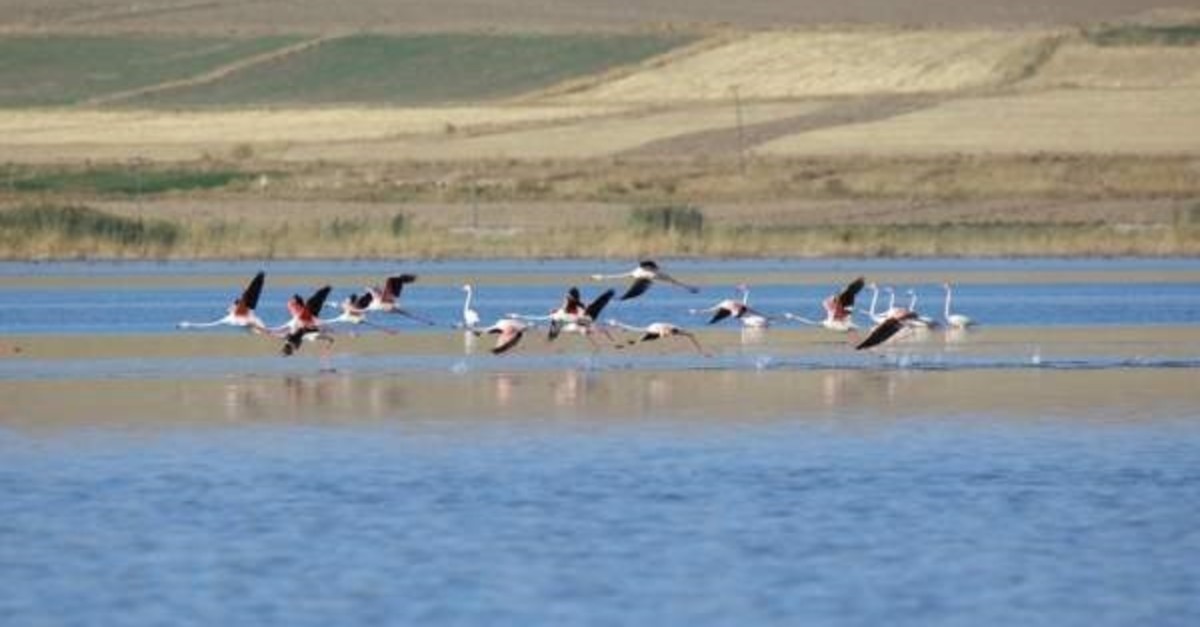 Every year, thousands of flamingos came to the wetlands of Lake Erçek in the eastern province of Van. With that, the city has made it a tradition to celebrate the coming of these beautiful creatures with a festival.

Sadly, this year, the event has been canceled because only 400 flamingos came to the region due to an ongoing drought scientists say is being caused by global climate change.

With its untouched nature and wetlands, Lake Erçek is known to host wild animals, including many migratory species.

Every year, thousands of animals come to the wetlands to spend the summer and move on to their next destination before winter. Flamingos usually come to Erçek at the end of March and stay there until November. However this year only 400 flamingos came to region, which has caused the annual flamingo festival to be canceled.

Professor Lokman Aslan of Yüzüncü Yıl University said that the reason the flamingos did not stop over in Erçek is because Lake Urumiye in Iran has dried up.

“Flamingos usually spend their mating season in Lake Urumiye in Iran and then come to Erçek to spend the summer. Since the lake in Iran has dried up, the flamingos changed their course,” said Aslan.