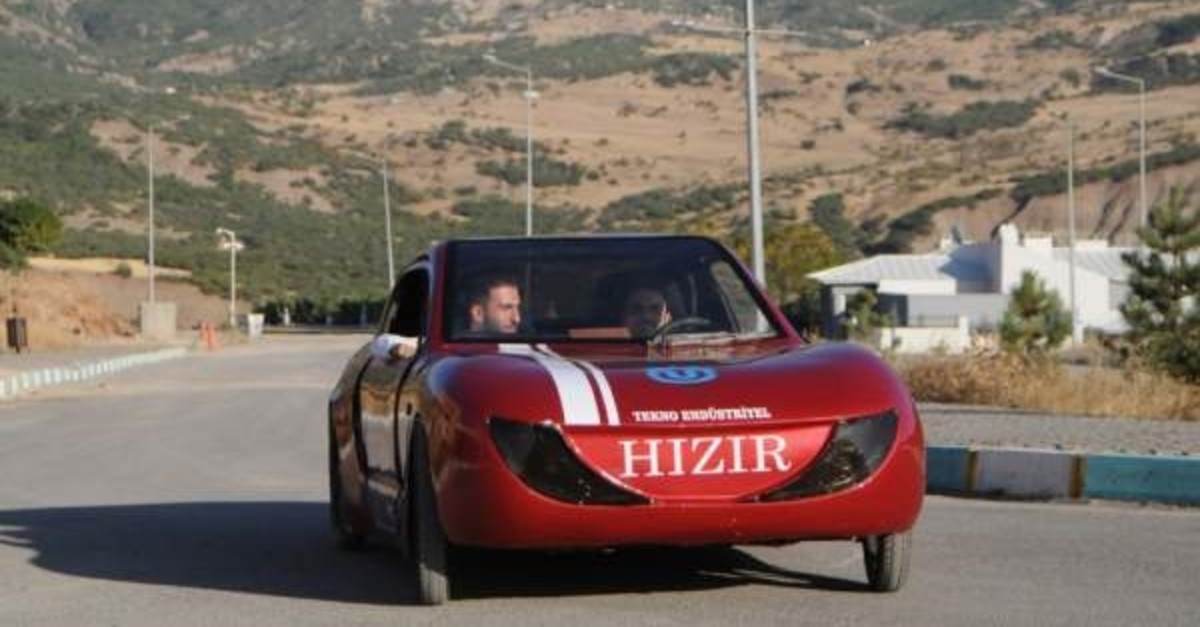 A group of university students in Tunceli rolled up their sleeves to undertake an ambitious endeavor: building the most budget and eco-friendly automobile in Turkey.
Two years ago, engineering students of Munzur University built an electric car called the “Munzur,” but they went beyond simply building a model with energy-efficient batteries. After working on the new prototype for four months with a team of 17, the students managed to build an electric car with lower levels of fuel consumption. “Hızır,” Turkey’s newest eco-friendly automobile, weighs 350 kilograms and seats two people.
Hızır can travel 200 kilometers with a single charge at a speed of up to 70 kilometers per hour. Costing TL 53,000 to build, Hızır can also work with gas but even if it does, it costs only TL 1.02 to travel 100 kilometers.
Commenting on the ambitious project, academic Bilgin Zengin of Munzur University said the project is funded by local businessmen with the aim of making electric cars more accessible for local consumers. “This is Tukey’s most economic and eco-friendly car, and we built it in our own laboratory with students. Germany has its Mercedes, Italy has its Ferrari... and now Tunceli has its own Munzur,” said Zengin.
Last Update: Dec 20, 2019 1:06 am
RELATED TOPICS