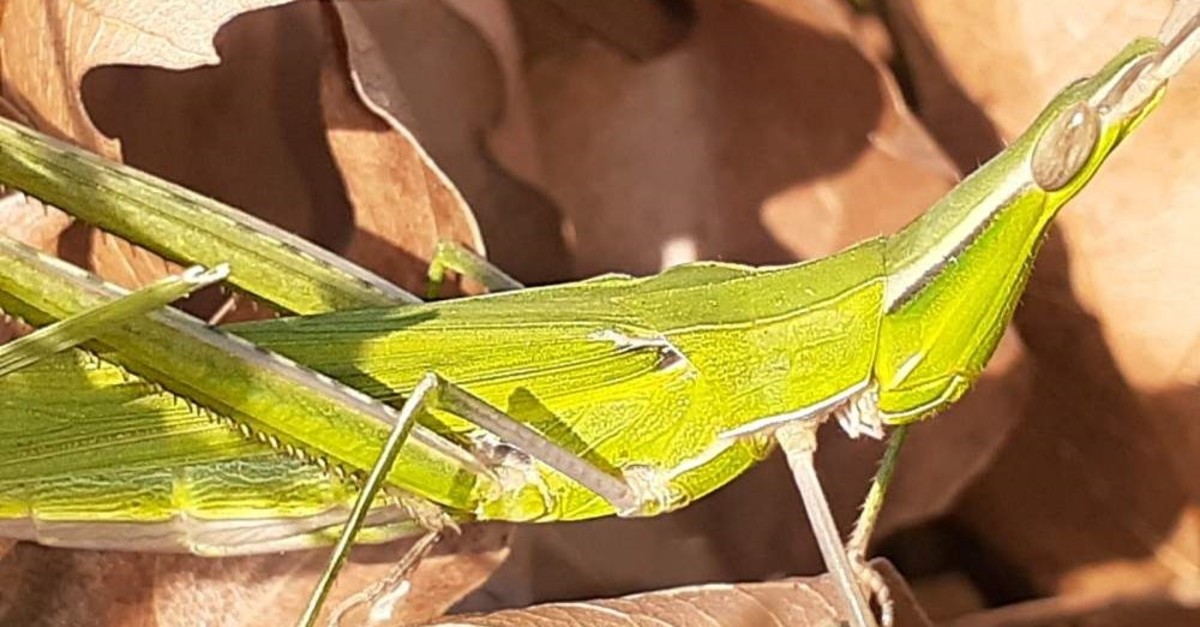 The cone-headed grasshopper, an insect species red listed by the International Union for Conservation of Nature (IUCN), was recently spotted at the Mount Ida (Kaz Dağları) Nature Park in western Turkey’s Balıkesir province, the national parks directorate said in a statement Wednesday.

The statement said that the insect, whose scientific name is acrida ungarica, was first spotted by Ertan Şenol who works as a vet at the directorate, and then identified by Dr. Tuba Öncül Abacıgil.

The statement added that biologists have identified and named some 1.5 million species worldwide, while more than 750,000 of those were insect species.

Some 50,000 of those identified were carinate, and more than 280,000 of them were plants, the statement noted.

The cone-headed grasshopper is an insect of the Capiphorinea subfamily within the long-horned grasshopper family. The species is either green or brown colored and has a cone-shaped head, long antennae, a strong jaw and a body about 4 cm (1.6 inches) long. These insects live in weeds or high grass.
The IUCN Red List of Threatened Species, which was founded in 1964, is the world's most comprehensive inventory on the status of biological species and their global conservation. The list uses a set of critera to evaluate the extinction risk of thousands of species and subspecies globally.