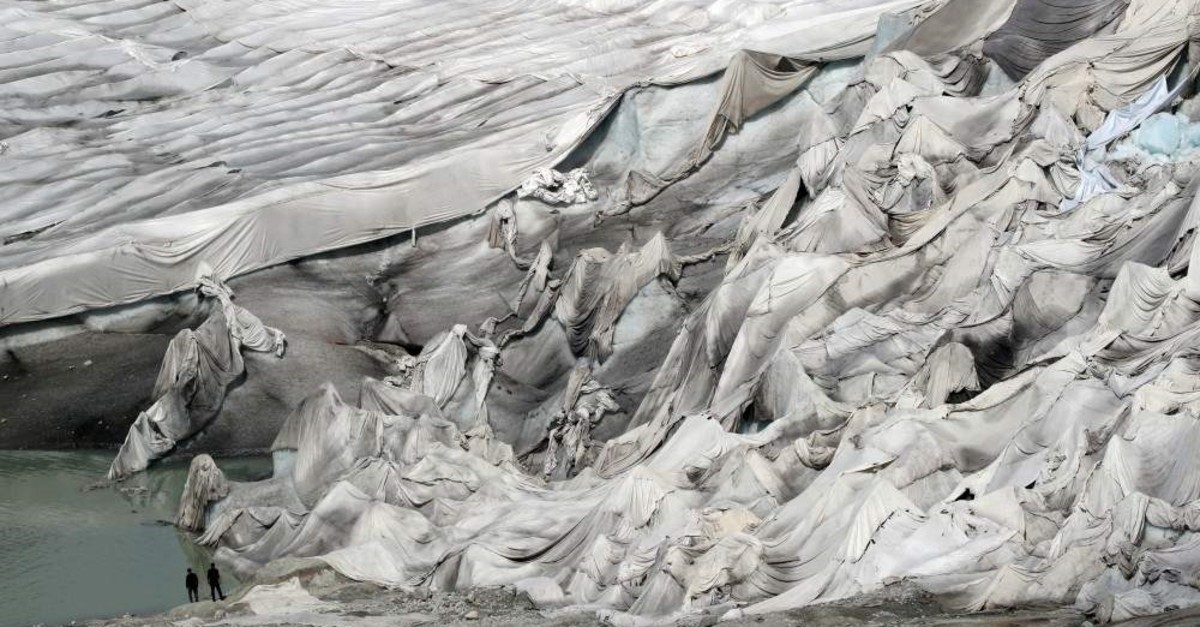 Glaciers such as those in Turkey as well as the Andes, Alps and other mountain ranges are bearing the brunt of climate change, a global conference warned on Thursday.
The High Mountain Summit that ended in Geneva issued a call for action in the face of the rapid melting of the earth's frozen peaks and its consequences.
The three-day summit convened by the World Meteorological Organization (WMO) identified priority actions to support more sustainable development, disaster risk reduction and climate change adaptation both in high-mountain areas and downstream.
"We need to identify solutions," said conference co-chair John Pomeroy.
Pomeroy, who is also director of the Global Water Futures Initiative, told Anadolu Agency (AA) that Turkey's high mountains are the source of the Tigris and Euphrates rivers along with the high mountains in Lebanon, providing essential water supplies for the Middle East.
"You could argue that the development of much of human civilization was that we learned to irrigate with those waters in areas that were warmer where we could produce food. And so, the changes in the high mountains of Turkey and the Caucasus and the other mountains in that region are similar to others. The changes in snowpacks increase flash floods," said Pomeroy, noting that Turkey is building dams in areas to try to manage its water differently.
Swiss Interior Minister Alain Berset told the conference that two-thirds of Switzerland is covered by mountains, and it is on the climate change "frontline," being hit worse than many other regions.
Over the past 150 years, average temperatures in Switzerland rose by 2 degrees Celsius, compared to 0.9 degrees Celsius in the rest of the world.
"The high mountain regions are the home of the cryosphere and a source of global freshwater transmitted by rivers to much of the world. Preservation of ecosystems' functions and services from these regions is essential to global water, food and energy security," said the call for action issued Thursday, adding: "Climate change and development are creating an unprecedented crisis in our high mountain earth system that threatens the sustainability of the planet."
Last Update: Dec 20, 2019 1:22 am
RELATED TOPICS